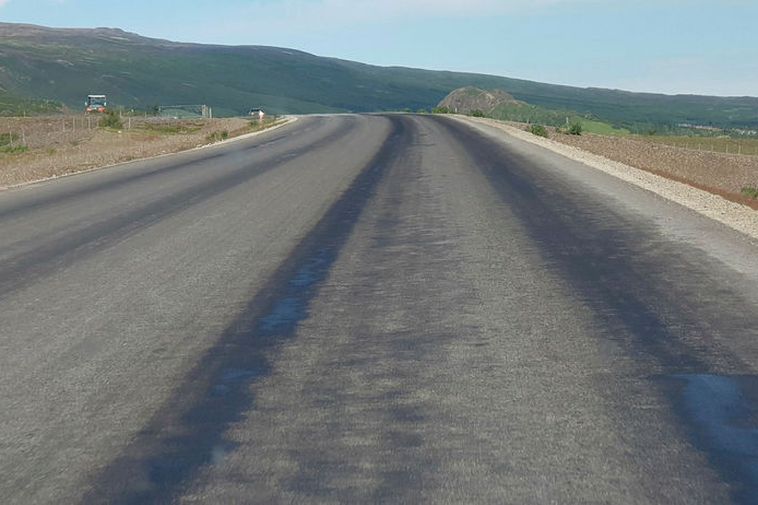 A road without markings presents a safety hazard.

Road markings are lacking or insufficient on many of Iceland’s busiest roads, according to Runólfur Ólafsson, CEO of the Icelandic Automobile Association. Among them is the popular Golden Circle road in South Iceland. “We have pointed this out before,” he tells Morgunblaðið. “The roads don’t fulfill the requirements made for such busy roads. What makes it much worse is when markings are insufficient, and it is unfortunately common for markings in Iceland to be inadequate.”

“The roads are narrow enough that it would help inexperienced drivers to know they need to stay within the lines,” he states. “Without lines, it’s tougher. This is also true for markings along the edges of roads, which are lacking in many places. That may lead people to believe it’s safe to park along the edge of a road, which can create all kinds of risk.”

Svanur Bjarnason, area manager for the Icelandic Road and Coastal Administration in Selfoss, South Iceland, reports that much work remains to be completed in the area. Some surface layer still needs to be installed, in addition to road markings. “Much work has been done in terms of reinforcing the roads and installing a surface layer in the area.” He adds that during this rainy summer, fewer opportunities are available for marking the roads. “It’s got to be dry.”

“This is tough to deal with,” he laments. The markings fade during the winter, he adds, and then good weather is required to mark the roads in summer.