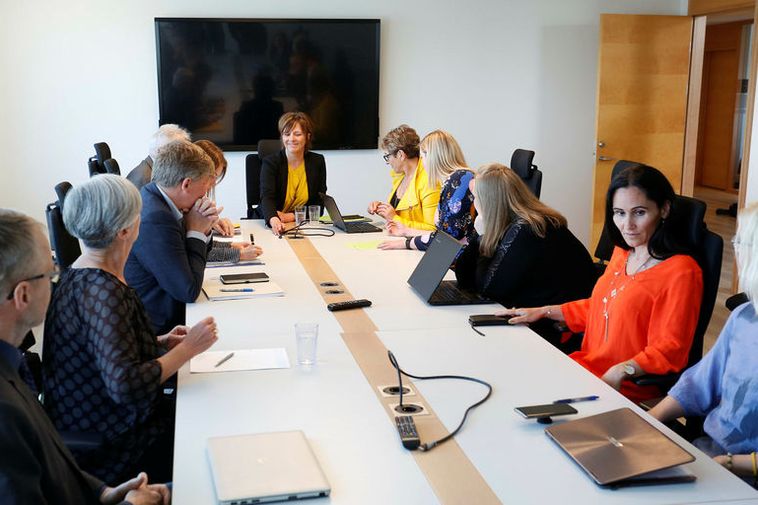 The negotiating committee of midwives reached an agreement with the State mediator on Saturday. mbl.is/Valli

On Saturday night, the Association of Icelandic Midwives lifted an overtime ban, in effect since July 18, after their negotiating committee approved a salary proposal presented by the State mediator.

Negotiations had resumed over the weekend after reports of an emergency situation at Landspítali National University Hospital, resulting from the overtime ban.

What changed the course of the negotiations was an offer from the administration of Landspítali to review and reassess the job descriptions and responsibilities of midwives, and take into consideration the equal pay certification, a law which took effect January 1 to ensure the equal pay of men and women, which had not yet been figured into the salary of midwives.

Other than that, the agreement signed is very similar to the one that midwives voted against at the beginning of June, offering them a 6.9 percent raise of their median pay. In addition to the pay raise, midwives agreed to have their main demands put before an arbitration court, appointed by the State mediator. Those demands include looking into whether their pay is in line with their work load, education and job requirements.

Midwives convened in Akureyri, North Iceland, at noon yesterday and at Landspítali in Reykjavík last night, where the new agreement was presented. They will vote on the agreement electronically, starting at noon today and concluding at noon Wednesday.