More than 50 Centenarians in Iceland 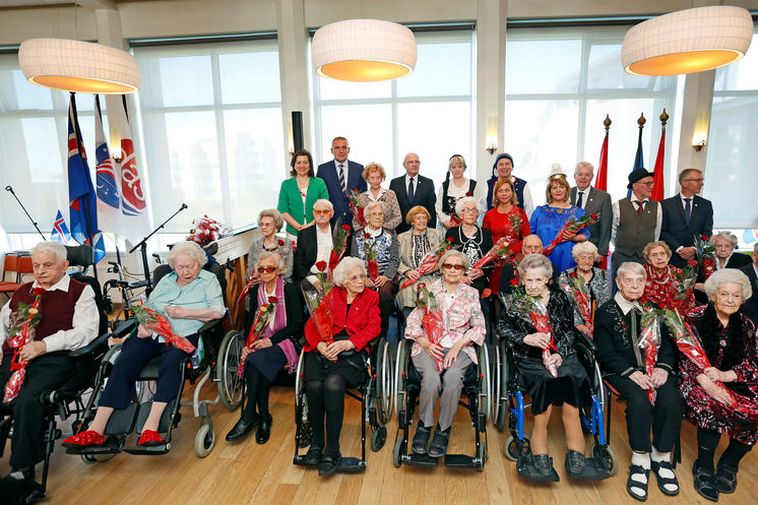 Icelandic President Guðni Th. Jóhannesson invited all Icelandic centenarians to a reception at Hrafnista home for the elderly on July 18, to celebrate the centennial of Icelandic sovereignty. Photo/Valgarður Gíslason

A record was set in Iceland in June when the number of centenarians exceeded 50 for the first time, according to Jónas Ragnarsson, who compiled the information for Morgunblaðið. They now number 53, that is, 15 men and 38 women. The previous record was set in November of 2011 when the respective number reached 49.

No more than a decade ago did the number of centenarians first exceed 40, and their number first passed ten 40 years ago. The oldest confirmed information on record regarding an Icelander reaching the age of 100 dates from 1866, and 725 Icelanders are known to have reached that milestone, including about 50 who emigrated from Iceland to North America. Males compose about a quarter of the group.

In 1918, the year Iceland became a sovereign country, 2,440 children were born, and very likely, more than one percent of them will live to celebrate their 100th birthday. Statisctics Iceland predicts the number of Icelandic centenarians to pass 100 two decades from now.