Nine Tons of Trash from Beaches 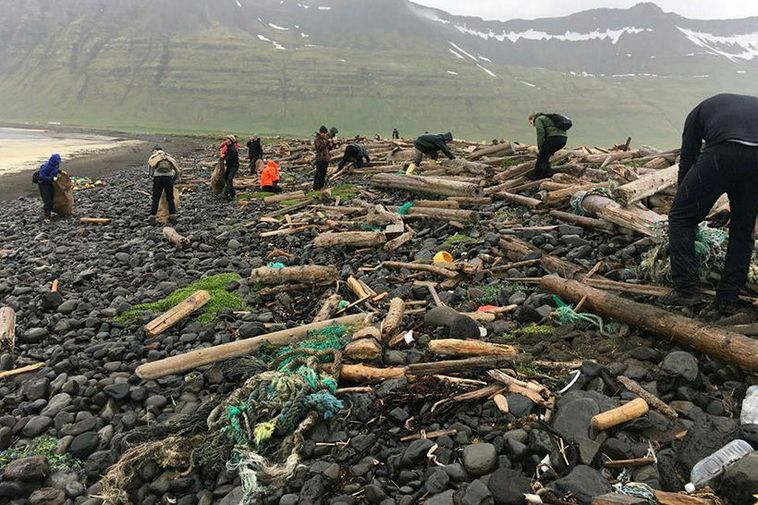 Volunteers picked up nine and a half tons of trash in Bolungarvík, in the Hornstrandir nature reserve in the West Fjords of Iceland, last week. This is a record amount of trash to be collected from the region and the fifth year in a row that beaches in Hornstrandir are cleaned.

Thirty-six volunteers, some from abroad, had come to the region in late June and left the trash there to be picked up by ship last Friday.

Gauti Geirsson, who heads the organization Cleaner Hornstrandir, reported that many of the things collected were fisheries-related, such as parts from hauls, fishing nets and ropes. He told Morgunblaðið that the trash came from afar, including from Canada, Greenland, Norway, Russia and the UK. The West Fjords Container Service will dispose of the trash.

“We also found trash that blew from land, such as plastic bottles, sandwich wraps, a pair of shoes, which is unusual, a fortune teller’s globe and a bottle of ketchup from Norway, containing ketchup.”

Gauti remarked that the next step in the cleaning effort will be to start from anew and cover areas already cleaned in previous years. Those are Aðalvík, Hornvík and Hlöðuvík inlets, Furfjörður fjord and the two inlets called Rekavík.