Escaped prisoner on his way to Iceland 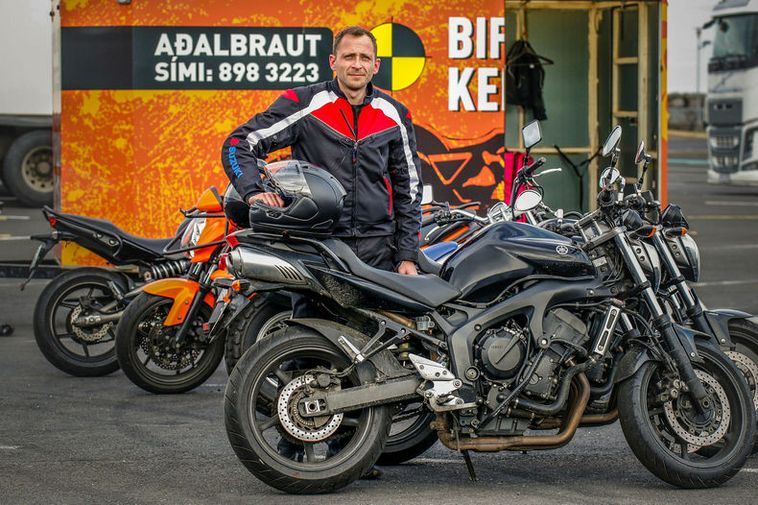 Þorgils Þorgilsson, lawyer of Sindri Þór next to his motorbike. " A good way to relax ," he says. mbl.is/Árni Sæberg

The lawyer of Sindri Þór Stefánsson who was arrested in Amsterdam last week says that what will happen to him once in Iceland is uncertain.

Sindrason escaped from low -security prison Sognið and took a flight to Sweden. He has asked to be extradited to Iceland.

Þorgils Þorgilsson, his lawyer, says that there are plenty of options to consider and that it's not certain that he will go straight to prison as there are plenty of legal loopholes. "This is one of the most interesting cases I have ever taken on," he said speaking to Morgunblaðið.