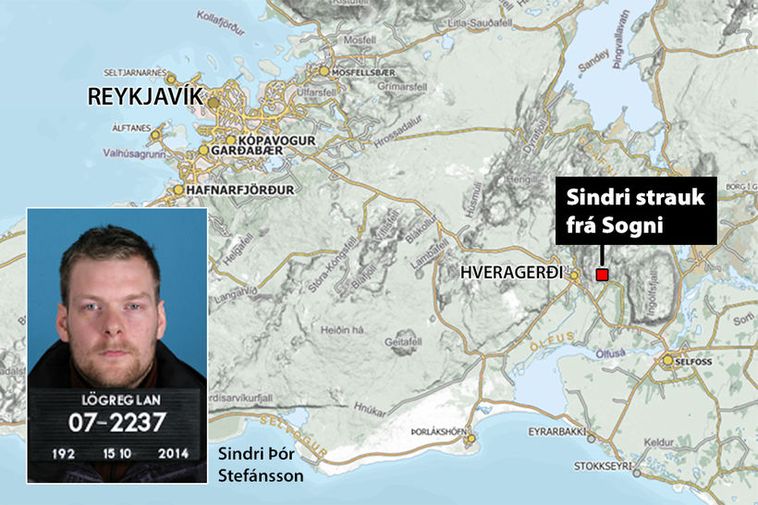 Sindri Þór Stefánsson, the prisoner who escaped from Sognið open prison and fled Iceland on Wednesday morning has sent a declaration to Fréttablaðið newspaper saying that he was held in jail without justice and that he's going to prove it. He also said he's coming home to Iceland soon.

Escaped prisoner was on same flight as Iceland's PM

Stefánsson was arrested in February for massive theft of computer equpment in what has become known as The Bitcoin Heist  in Iceland. Ten other people were arrested in connection with the case.

He points out in his declaration that his custody ruling had run out when he escaped from Sognið prison. He had been led before a judge last Tuesday, the day that the custody ruling ran out, but the judge had postponed a new ruling for 24 hours to think it over. Stefánsson says that he had been informed that he was actually free to go but that he would be arrested if he left prison without explanation.

Stefánsson furthermore states that he had been in custody for two and a half months, and that he was not guilty and there was no proof. He is going to press charges at the European Court of Human Rights.

He also says that he's sorry that he's made his family and loved ones worry and admits that fleeing from prison was the wrong decision.

He says that negotiations are underway with the Iceland Police to allow him to come home without being arrested abroad, and that documents will come to the surface showing that he was free to go. "I can be on the run as long as I like, I am in contact with a group of people who have given me a roof over my head, a car, false papers if I want them and money. It would be no problem if that's what I wanted, but I would rather face this in Iceland so I'll be back soon."