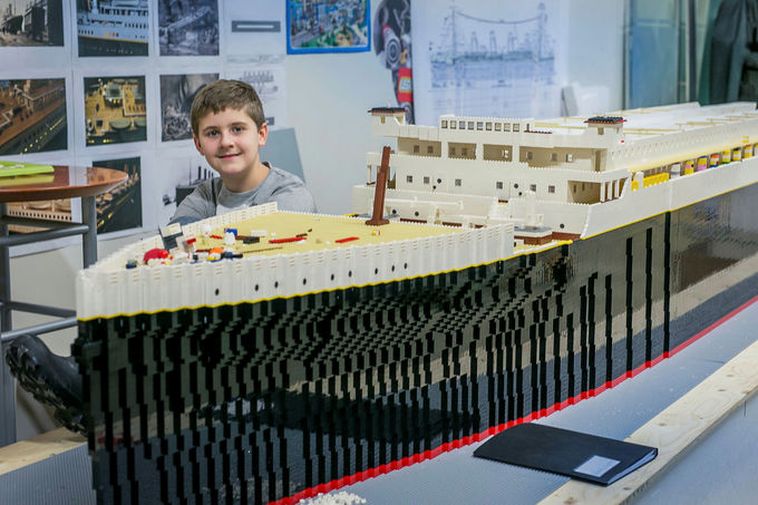 Icelandic teenager Brynjar Karl Birgisson started building a Lego model of the Titanic when he was eleven years old. His feat has now been featured on the CNN.

Birgisson's replica of the Titanic, made of 56 thousand Lego cubes and measuring 26 feet in length was premiered at the Titanic museum in Tennesee today.

See an interview with Brynjar on Iceland Monitor HERE.

Brynjar remembers playing with Legos for hours when he was 5. "I sometimes built from instructions, and sometimes, I used my own imagination," he said speaking to the CNN.
At the time, he was obsessed with trains, but that changed when his grandfather Ludvik Ogmundsson took him fishing on a boat, sparking an interest in and appreciation for ships. By the time Brynjar was 10, he knew everything there was to know about the Titanic.
Facebook
Twitter
Email
Reddit