A new geothermal beach for Reykjavik 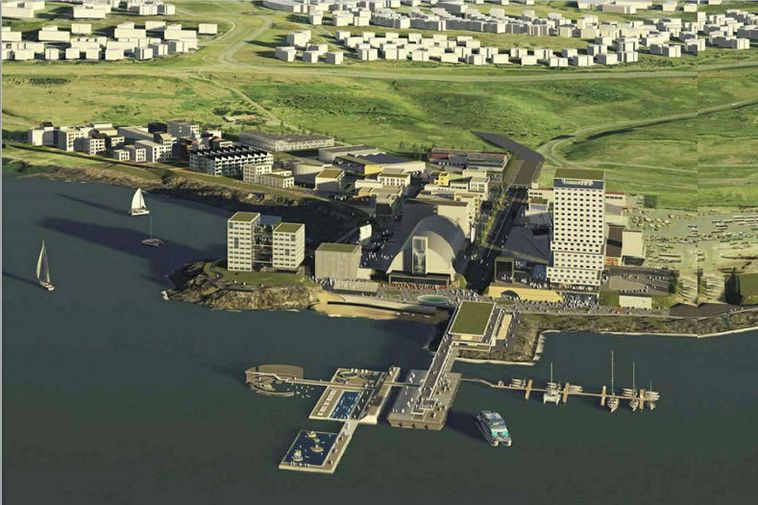 The beach can be seen here in the centre of this drawing of what the area will look like.

Mayor Dagur B.Eggertsson says that a new geothermal beach in Gufunes would be a great addition to the city.

Nauthólsvík is now the only geothermally heated beach in Reykjavik. which means that hot geothermal water is pumped into the sea at the beach resulting in warmer water temperatures which are at around 12 -- 15 degrees C in the summer.

Gufunes is a park located within the Grafarvogur part of the city, located to the southwest and south of the Eidsvik Cove and Geldinganes Headland.