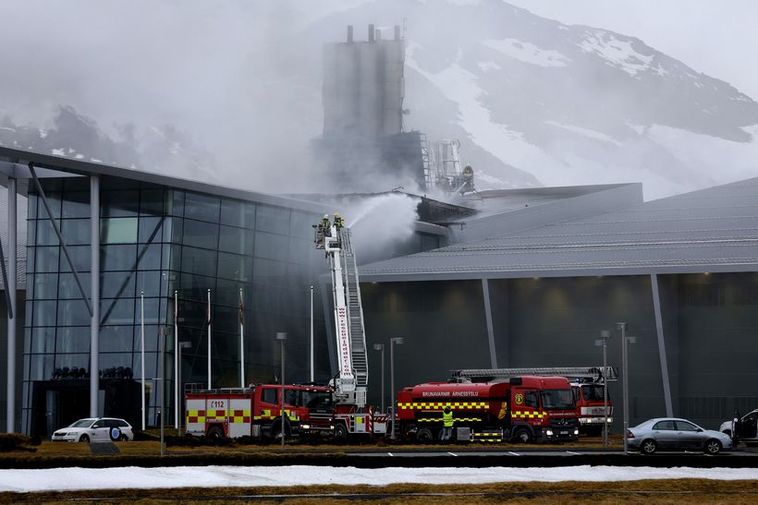 The fire was detected at just before noon today. mbl.is/Hanna

Firefighters have gained control of a fire that blazes at Hellisheiðarvirkjun, a geothermal power plant in South Iceland. They are now securing the area.

"We believe that the fire is under control but we have a huge task ahead by securing the area to make sure that there are no sparks left that could set off the fire again," said firefighter Haukur Grönli speaking to mbl.is.

He addst that the situation is very serious. "It's a large workplace with many dangers. It's a complicated space with a lot of heat."

Fire engines from Þorlákshöfn, Hveragerði, Selfoss and Reykjavik were called out to the site.

Conditions for fire fighters were difficult as there is a strong wind blowing. Nobody was injured in the fire and the cause of the fire is still not known.