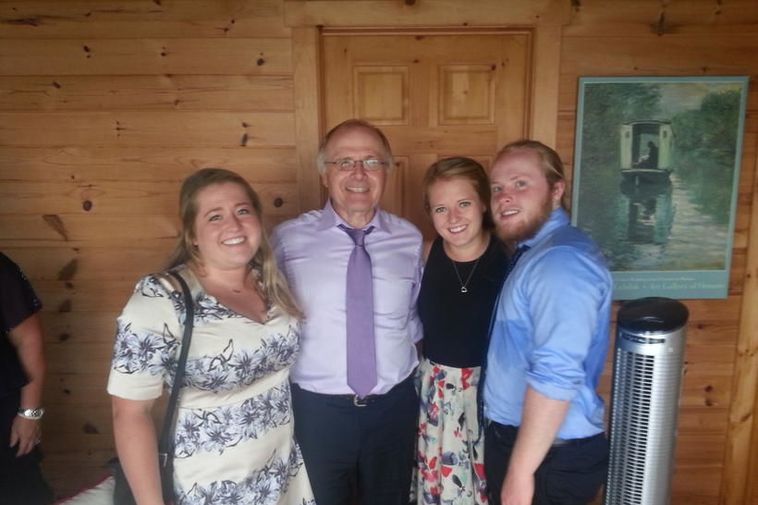 Michael Boyd with his three children who lost their mother in August 2015 in a terrible accident at Jökulsárlon glacial lagoon Photo/ Michael Boyd
<p>Canadian Michael Boyd, who lost his wife Shelagh in a </p><a href="https://icelandmonitor.mbl.is/news/news/2016/04/15/this_is_about_some_measure_of_justice_for_my_dead_w/" target="_blank">terrible accident in 2015 </a><p>when an amphibious vehicle at Jökulsárlón reversed over her, is sad over the state of the Icelandic legal system. </p> <a href="https://icelandmonitor.mbl.is/news/news/2016/12/06/fifteen_months_of_delayed_justice_for_jokulsarlon_v/" target="_blank">Fifteen months of delayed justice for Jökulsárlón victim</a> <p>The driver of the vehicle was convicted for manslaughter and received a sentence of two months probation. Speaking to Iceland Monitor he says, " I have just heard that a verdict was handed down against the driver of the vehicle that killed my wife on August 27, 2015.  I believe he was found guilty and the sentence was two month probation. "</p> <p>Boyd has been critical of the long time that the matter took in the legal system in Iceland and at the end of 2015 he wrote a letter to former Minister of Justice, Ólöf Nordal to ask why nobody had been prosecuted 15 months after the accident. </p> <p>"Apart from this having taken two years, four months and 14 days I find it hard to rationalize the lightness of this penalty," says Boyd. "The other factor that I can not comprehend is why the company who ran this operation and owned the vehicles has not been prosecuted for any responsibility in the lack of safety precautions that was the direct cause of my wife's death. I appreciate the attention you have given to the death of my wife and at the same time I feel very sad for the state of your legal system."</p>
Facebook
Twitter
Email
Reddit