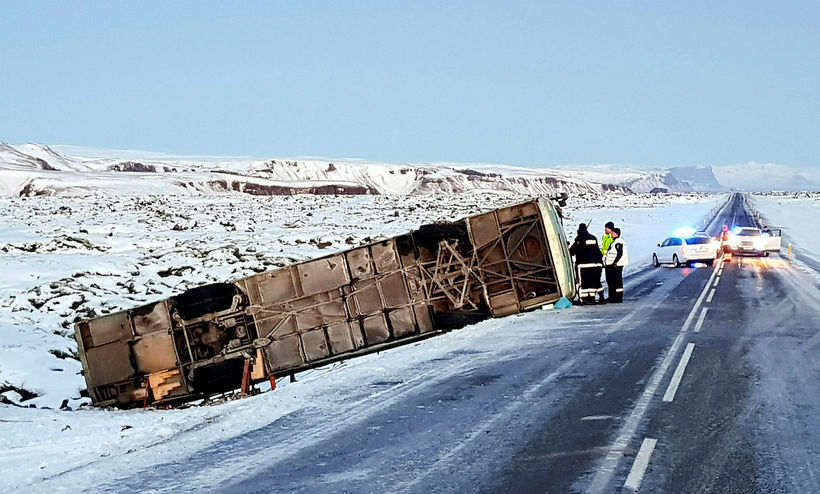 The coach skidded off the road after crashing into a car. Mbl.is/Jónas Erlendsson

Three people are still in the intensive care unit at the National University Hospital following the accident that claimed the life of a tourist yesterday near Kirkjubæjarklaustur in South East Iceland. Twelve people were transported via two helicopters to hospital.

One dead and many injured in South Iceland coach accident

All the tourists were Chinese and the woman who died was Chinese in her twenties. The coach driver is Icelandic.

The accident occurred when a coach crashed into a smaller car which had made a sudden turn to a viewing spot and then skidded off the icy road.  The people in the vehicle were also tourists but were not hurt in the accident.

Farmers on nearby farms helped at the scene of the accident to get people out from underneath the coach.  None of the coach passengers were wearing seat belts and were flung out of the vehicle.

The accident is being investigated by the South Iceland police.