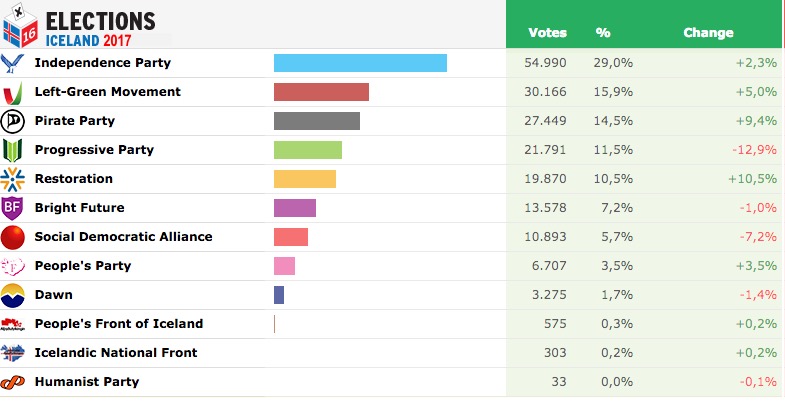 The first results of the general elections in Iceland are expected shortly after polls close at 10 pm tonight. Iceland Monitor will provide live upates of the vote count as all six constituencies report election results.

All constituency will begin the vote count behind sealed doors before the polling stations close. The first vote count results will be based on the initial batch of votes counted, but only announced after all polling stations across the country have closed.

Based on previous elections, we expect support for individual political parties to differ between constituencies, so it is not until at least all six constituencies have reported the initial results that we have a clearer picture of the new politcal landscape in Iceland.

The constituencies will update the results regularly througout the night until all votes have been counted, and as usually we expect twists and turns, so get ready to settle in with a big bowl of popcorn for an exciting election night.