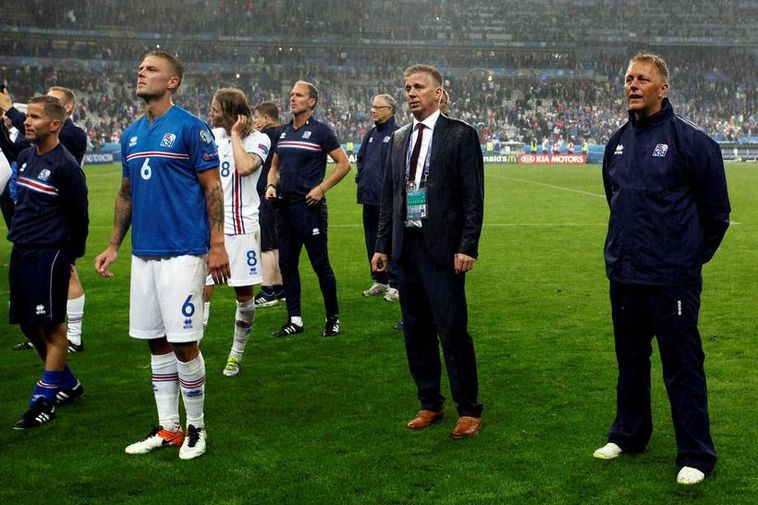 Víðir Reynisson, here in the middle, is expecting a busy time with the national team in Russia next summer. mbl.is/Skapti Hallgrímsson

Chief of security of the Icelandic national men's football team is already preparing for the team's participation in the FIFA World Cup in Russia next summer.

"This is going to be a very exciting project. It's huge and we have to look at many things. Preparations are under way but will go full blast when we know where we are playing," says Víðir Reynisson in today's Morgunblaðið.