Fire on board plane at Keflavik International Airport 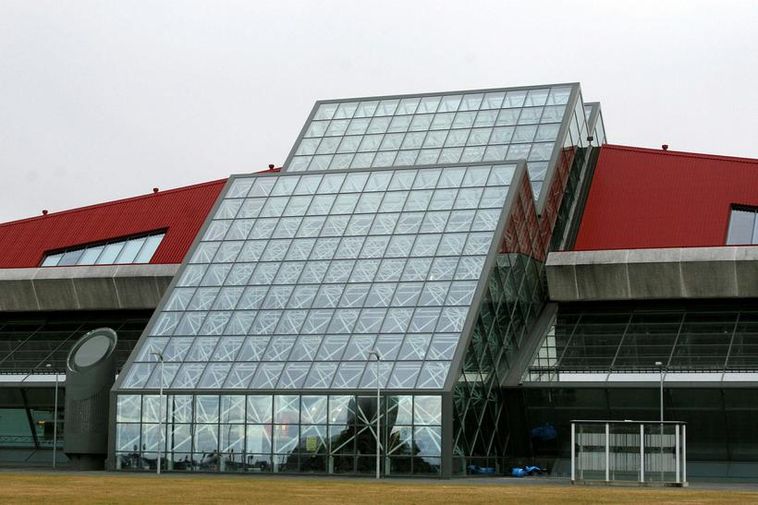 A Wizz Air plane has made an emergency landing at Keflavik Airport. Sigurður Bogi Sævarsson

A passenger plane from Wizz Air has just made an emergency landing at Keflavik International Airport in Iceland. According to mbl.is sources there is a fire onboard. There are 147 passengers on the plane.

The highest possible emergency alert has been put up at the airport and firefighters have been sent from Reykjavik and neighbouring areas. SAR teams are in alert position.

The plane was on its way to Poland from Iceland.

Two national coastguard helicopters were called out to approach the plane when it was South of Mýrdalsjökull. The plane landed safely at Keflavik International Airport just before 8 pm.

According to the latest information from Isavia the fire which originated in the lavatory was safely put out. Passengers left the plane in a normal manner.

“Wizz  Air flight W6 1898 from Keflavik to Wroclaw on the 13th of September returned to the origin airport shortly after take-off after a device belonging to a passenger started to burn in the cabin. The WIZZ crew on duty followed standard procedures to ensure safe operation and landing of the flight, dealt with the burning device and alerted firefighters on the ground who met the aircraft upon landing. The aircraft landed uneventfully. The incident has been reported and is being investigated by the relevant authorities in close cooperation with Wizz Air. Further details, such as the type of the device, can be revealed after the investigation has been completed. The flight was rescheduled for the following day. The safety of our passengers, crew and aircraft is always Wizz Air's number one priority.”