The last male great auk has been found 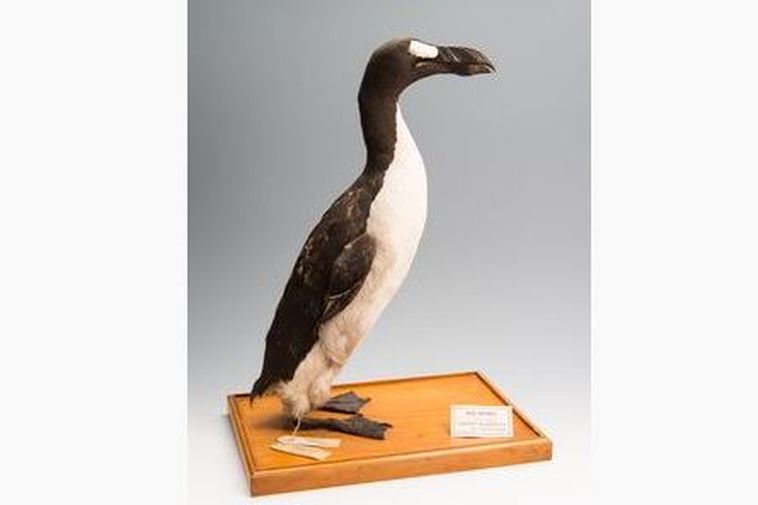 And here it is, the last male great auk. Photo/Icelandic Museum of Natural History

The remains of the last male great auk, that was killed on Eldey island 173 years ago, has been found at the Royal Belgian Institute of Natural Sciences in Brussels. The female bird, that was also killed on that same occasion, remains to be found.

It is believed that the last great auk couple was killed in Eldey in June 1844, giving the species its final push to extinction. An international group of scientists found the bird by comparing DNA from his esophagus, which is kept in Copenhagen, with the remains of four great auks in museums in Germany, the United States and Belgium.

The birds’ intestines and skins were brought to the Natural History Museum of Denmark in Copenhagen in 1844, where the guts have been kept since. The skins however, disappeared. From 1845, they were owned by a famous collector in Copenhagen but from then on, they left no paper trail. Historians and scientists have long tried to solve the mystery of their disappearance and now they believe they have found clues on where the remains of the second bird might be found.

The great auk was hunted for its meat at first but as they edged closer to extinction, museums and private collectors started to offer great sums of money for the birds. It is believed that about eighty stuffed great auks exist today. One of them is owned by the Icelandic Museum of Natural History. The bird was bought in London in the year 1971 following a national effort to raise funds for the purchase.

Further restrictions likely on the way