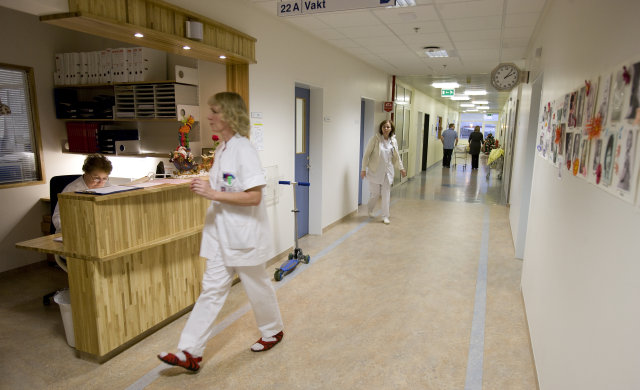 The claims that 100 percent of women in Iceland who receive a positive prenatal test for Down syndrome terminate their pregnancy are false, according to Hulda Hjartardóttir, chief of obstetrics at Iceland’s National University Hospital.

The claims were put forth in a story by CBSN:On assignment that has gotten a huge response with public figures, such as Sarah Palin who likened the abortions to the Nazi Holocaust.

Hulda was one of the interviewees in the CBS News story. “I went over this with CBS’s journalists but then they decide to publish one thing and not the other,” she says.

She says that yes, it is correct that when a woman has gone through all the tests available and the results clearly indicate Downs syndrome, the pregnancies are terminated almost 100 percent of the time. However, those numbers are only half the story.

The truth is that one third of mothers to be choose not to have more tests done after the first indication of Downs syndrome. These women want to continue their pregnancies even with the increased risk of Downs.

“80 to 85 percent of women choose to have the screening, so there are 15 to 20 percent who don’t. Those women don’t want the information. Of the women who have the screening and get results that point to increased risk about 75 to 80 percent get further tests done but 20 to 25 percent choose not to. That’s a group that after counseling and discussions can’t bear the thought of ending the pregnancy despite the Downs syndrome emerging,” Hulda says.

All in all about one third of mothers don’t want to get the screening or blood tests and wouldn’t have abortions.

“There are women who choose to continue the pregnancy and I know they spoke to one woman who chose to continue, even with this result.”

Hulda says that from her experience those who have already decided to terminate the pregnancy in case of Downs are more likely to have the tests done for conformation. Others don’t do it.

She says that the situation is similar in neighboring countries and points to Denmark that has a 98 percent abortion rate when it comes to Downs.

“I think that if we had a larger group and higher numbers the results would be similar. It isn’t really 100 percent. The country is small of course and it changes from year to year.”