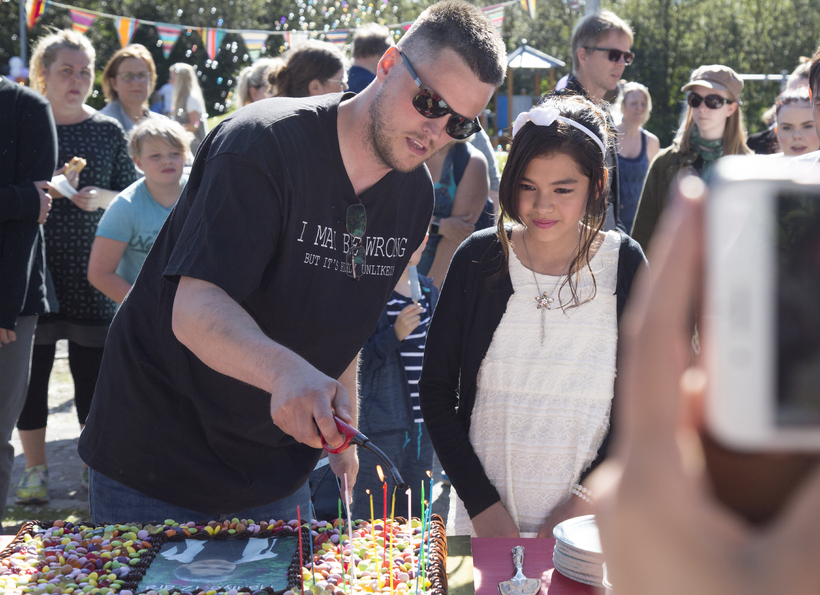 But of course there was cake! mbl.is/Hanna

Just under 300 people attended a birthday party yesterday. Who were they celebrating you ask? A banker? A soccer star? The president?

No, they all came together to make 12-year-old’s Hanyie Maleki’s birthday party the most memorable one to date.

Hanyie is Afghani and her actual birthday isn’t until October. However, the Icelandic government intends to deport her and her father based on the Dublin Regulation, and so some of their Icelandic friends decided to throw the party early.

“It went beyond our expectations and was just great. There was much support and love,” says one of the organizers, Guðmundur Karlsson. He says the guests were of all ages and that Hanyie, who is normally shy, was a star through it all, hugging and taking pictures with people.

The birthday girl was thrilled and many of the guests brought presents, even those that didn’t know her. She even got the holy grail of teendom: an iPhone. Guðmundur also opened up a bank account for Hanyie and this morning, well-wishers had donated about 600 thousand Króna. 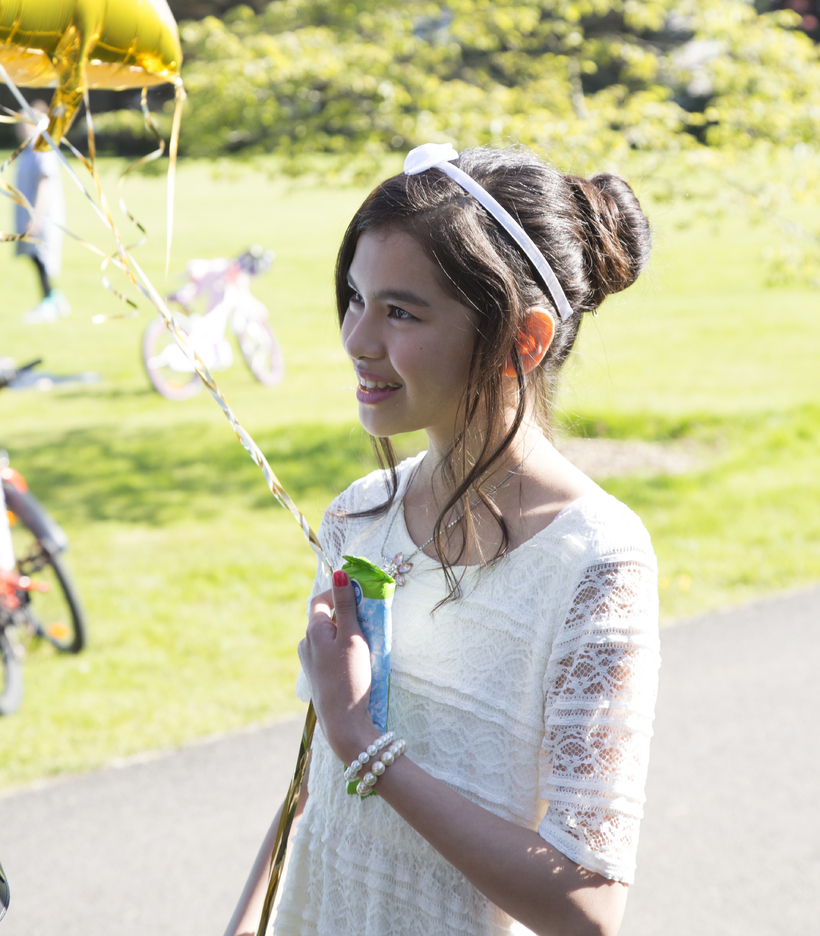 Hanyie is normally shy but enjoyed herself immensely in the sea of strangers that came to celebrate her. mbl.is/Hanna

All of the guests agreed: Hanyie and her father, Abrahim Maleki, should be allowed to stay in the country and her friends haven’t given up. Abrahim is disabled from a car accident which makes his situation all the more sensitive and Hanyie doesn’t have a passport or any citizenship since she was born in a refugee camp in Iran. They fled from Iran to Turkey to Greece and from there to Germany before ending up in Iceland.

The refugee aid organization Solaris is still collecting signatures to pressure the Directorate of Immigration to reconsider their case. The date of their departure hasn’t been decided and Guðmundur says they await the call from the police with great dread.

You can still donate to Hanyie’s birthday fund through account number 0513-14-406615 and social security number 091082-5359.The account is in Guðmundur’s name since Hanyie doesn’t have a SSN.