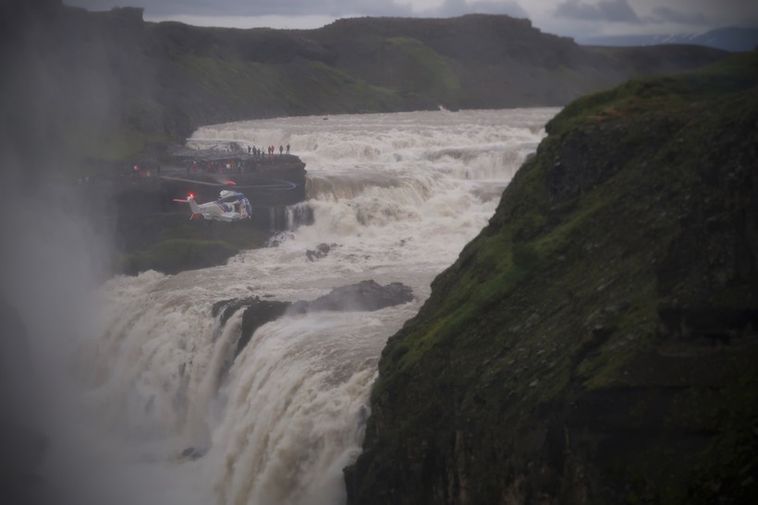 Around fifty specialized rescuers continue to search for the Georgian Nika Begades who fell down Gullfoss waterfall on Wednesday.

Around 30 assylum seekers came to the rescue area yesterday to offer their help according to Viðar Arason of the Icelandic Association for Search and Rescue. He says that while it is understandable that people want to help out, the group’s safety could not be guaranteed.

“Of course, they wanted to do their best and of course we are greatful and received them with open arms. But we explained to them that we simply cannot guarantee their safety or use their forces in the search,” he says.

“We offered them coffee and explained what has happened so far. They were very grateful.”

Begades, who was an asylum seeker himself, is not believed to have survived the fall. He was 22 years old.

According to the Directorate for Immigration, 40 Georgians sought asylum in Iceland in June – a lot more than in the previous months. Georgia was placed on the Directorate’s list of safe countries on the 19th of June.