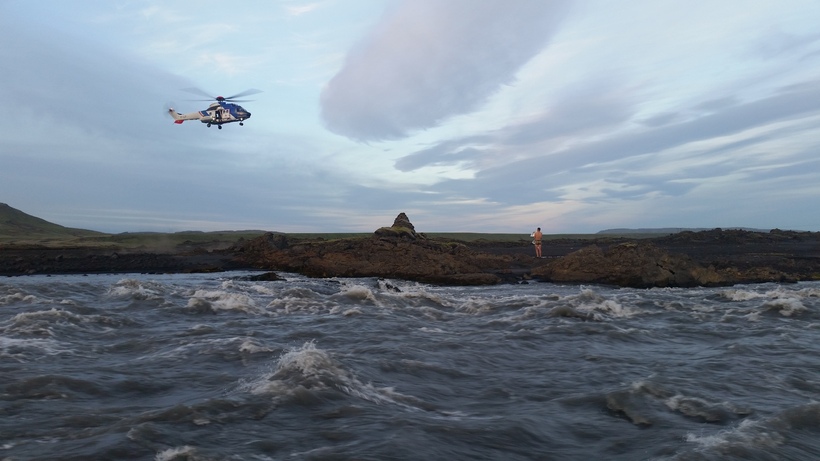 The national coastgurd helicopter on its way to rescue the man in the river. Photo/Jón Hermannsson

A group of ten boy scouts aged between 18 and 24 from France were stranded in a tiny holm in the Skaftá river yesterday. The national coastguard helicopter saved one young man who was elsewhere alone in the river and rescue teams got the remaining nine back to shore.

All of them were taken to a rescue cente in Kirkjubæjarklaustur where they were tended to as they were cold and wet. They are all safe and sound. 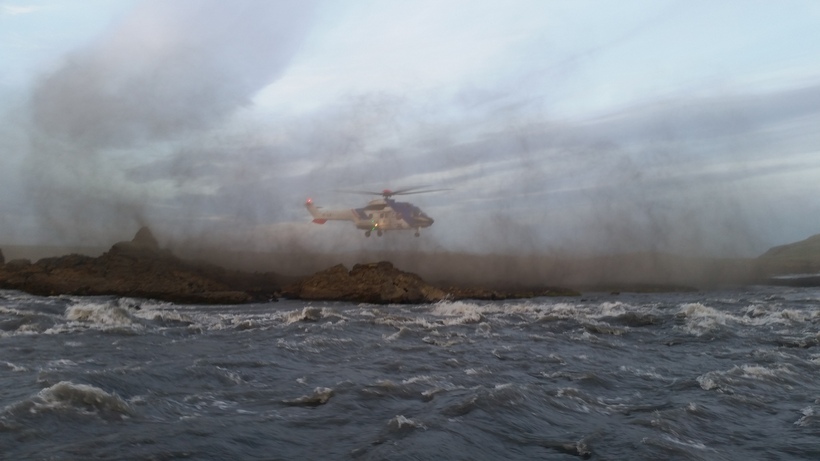 Spokesmen for the rescue team say that the men seemed to have been wading in the river which was a dangerous thing to do, as it is impossible to wade across the Skaftá river, but that no explanations had yet been given by the entire group.  "The whole thing was totally reckless." 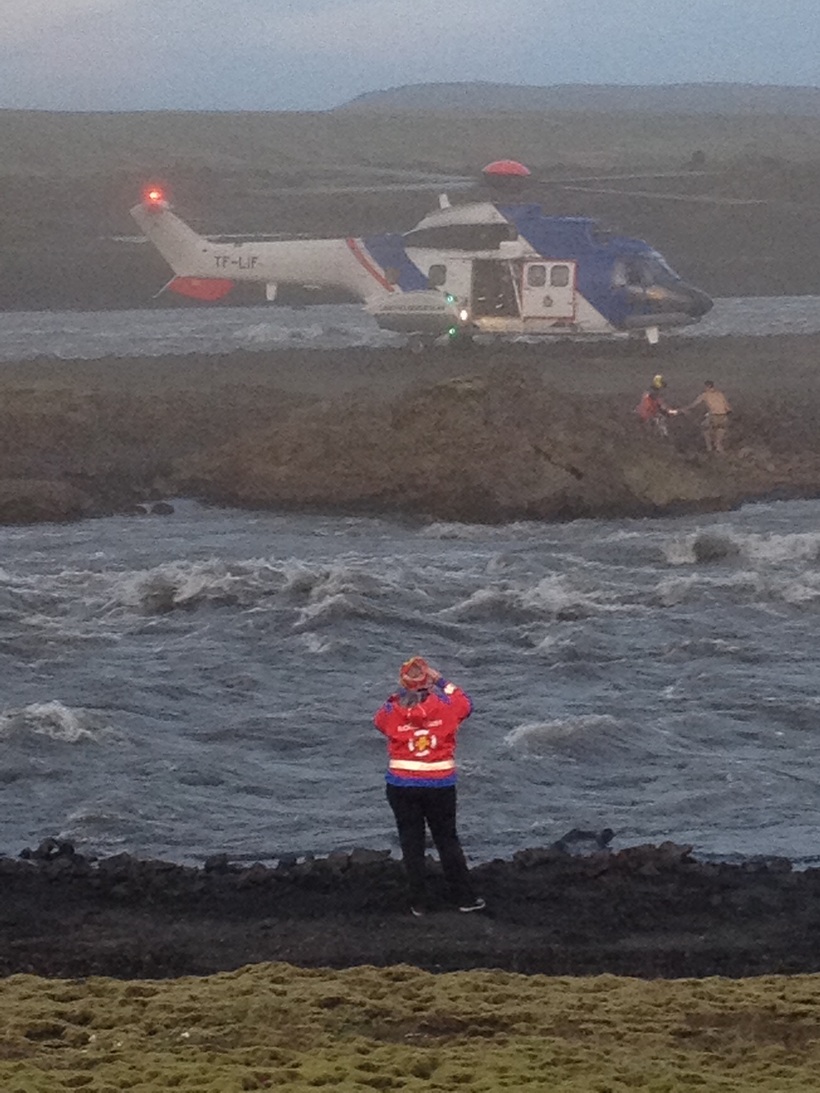