Fisherman saved from burning boat off the coast of East Iceland A rescue worker tries to put out the fire in the boat. Photo/Stefán Grímur

The National Coastguard received an emergency signal at 7.46 pm last night from a fishing boat that had caught fire just outside of Vopnafjörður in the East Fjords.  Nearby boats were called to aid the boat's captain who at around 8 pm had left the burning vessel and was on a lifeboat.

Twenty minutes later he was picked up by trawler Hólmi NS-56 and then later went aboard the Sveinbjörn Sveinsson trawler. The man was not injured. 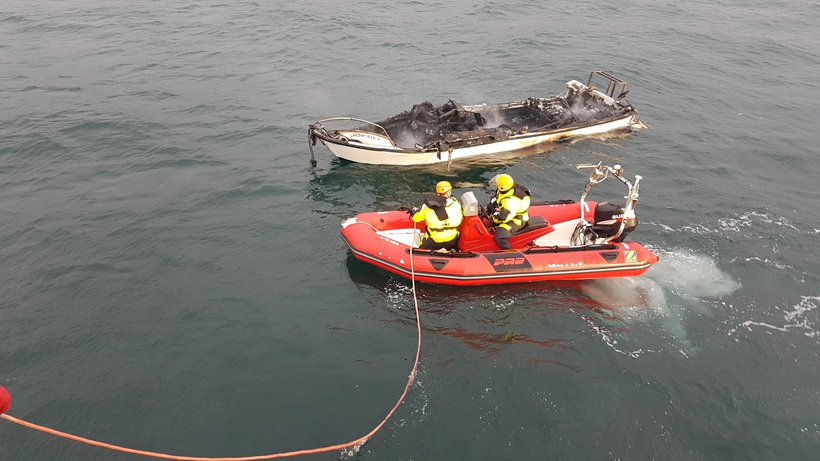 Once the fire was put out the fishing boat was towed to land but sank on the way to the coast.