Looks like winter on Iceland's first day of summer 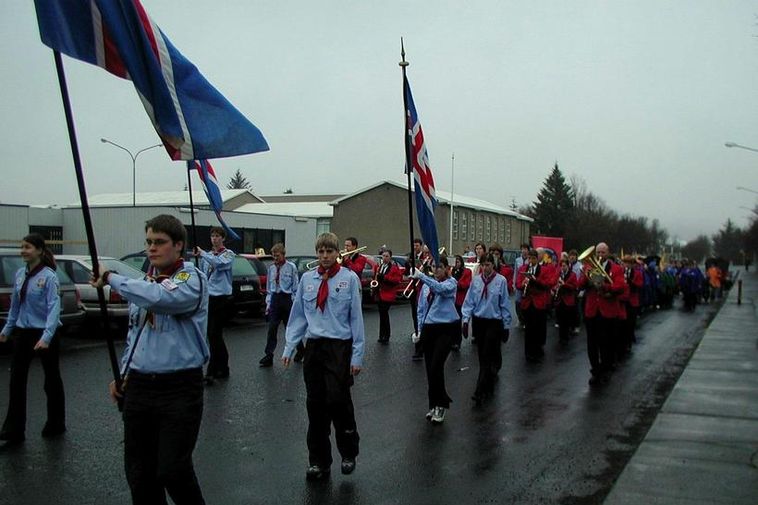 The first day of summer parade is most often led by the scout movement. Photo: Iceland Monitor/Sigurður Jónsson

As it happens, summer hasn’t really arrived in Iceland so early. There is what seems to be a long standing tradition of bad weather on that very day. Often snowing or raining and windy as people march in parades in pretty much every town in Iceland.

Temperatures below zero in North Iceland

This year seems to be no exception. “It looks like winter, the weather forecast doesn’t show any sign of spring,” says meteorologist Þorsteinn V. Jónsson.

Good summer ahead, according to folklore

That might not be so bad though. According to folklore, if there is frost on the night between the last day of winter and the first day of summer, the summer will be warm.

And yes you read correctly, the last day of winter is the day before the first day of summer. The traditional Icelandic calendar only has two seasons, skipping autumn and spring alltogether.