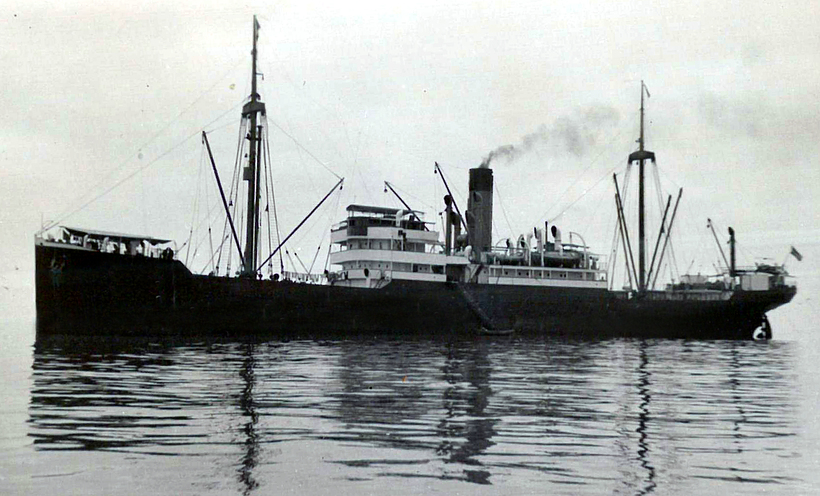 German shipping company Hapag-Lloyd AG doesn’t have information on the cargo of ship SS Minden, which lies on the bottom of the ocean by Iceland. The shipping company is built on the remains of Norddeutscher Lloyd, which owned Minden.

The reason is that the headquarters of the company were bombed in the Second World War, and most of its files perished.

The ship made headlines when Norwegian ship Seabed Constructor, rented to a UK based company called Advanced Marine Services, was directed to dock in Iceland by the Icelandic Coast Guard. The ship’s crew was working on retrieving some of the cargo, they were directed to land as they didn’t have permits for research in Icelandic waters.

According to the book War, Terror and Carriage by Sea by Keith Michel professor at University College London, Minden sailed from Buenos Aires in Argentina on the way to Durban in South Africa. From Durban it was supposed to go on to Asia. Minden never even reached Durban, but was turned back to South America. The change of plans was a command from German authorities to sail to a neutral port.

Minden was on its way from Rio de Janeiro in Brazil to Germany in 1939 when it was stopped by British ship Calypso. As instructed by German authorities Minden’s crew sunk the ship so the British wouldn’t catch it.

Part of Minden’s cargo was owned by Brits

The story of the cargo doesn’t end there. It was the subject in a lawsuit. The cargo’s owners wanted their insurance company to compensate them for the cargo. The dispute was if the cargo was robbed when Minden changed its course. The lawsuit revealed a part of the cargo was owned by British citizens, though the only content of the cargo reviled was sap.

People have speculated about the cargo, since Advanced Marine Services thought it was worth rescuing. Many doubt this particular sap is valuable enough to fetch from the ocean floor and wonder if there's more to it.