Icelandic nature has changed much in the last decades due to global warming. Photo: Iceland Monitor/Rax / Ragnar Axelsson

“It's safe to say we've seen a lot of change to Icelandic nature over the last 30 years, with much increase in vegetation. And there are great changes ahead for sure, with the avarege temperature on the rise” says Bjarni Diðrik Sigurðsson, professor at the Agricultural University of Iceland.

“We already see the effect of global warming on Icelandic nature. The amount of green vegetation has increased 80% in the last 30 years. The effect is most visible in South, West and North West Iceland, less in East and North East. This is in line with the rising temperature.”

Birch is a common tree in Iceland, and birch forests have expanded 9% since 1990. The greatest expanse is where the temperatures have risen the most.

The average growth of a birch tree is 8 times faster now than it was in 1970, and the same goes for most plants. Bjarni points out that Iceland is on the northern border of the growth areas of many of the plants that thrive here. 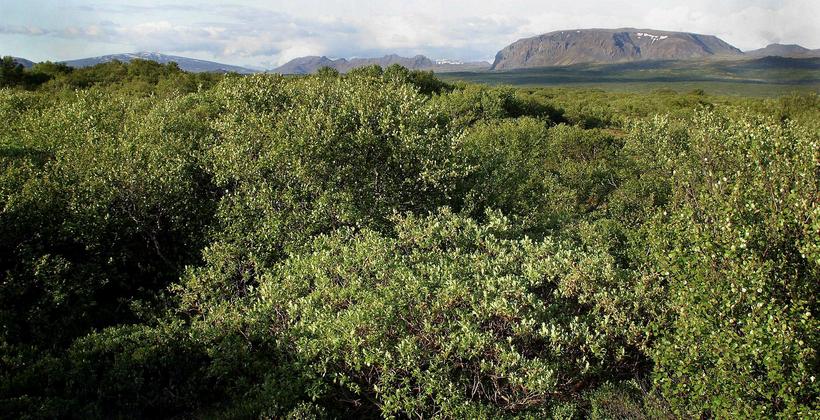 Worries about trout and salmon

Biologists and anglers are both worried about the effect on the big North Atlantic Salmon that lives in Icelandic rivers. That increased temperatures might affect the return of the salmon from the ocean to the rivers when it’s reached puberty.

They are even more worried about trout. Arctic char is a common species in Iceland, but the population has been diminishing rapidly. The number of brown trout is however increasing. “One of the biggest changes in Iceland when it comes to animals is the arctic char. The population is diminishing rapidly, and is being replaced by brown trout.” Arctic char prefers colder water opposed to the brown trout which can easily survive in higher temperatures. 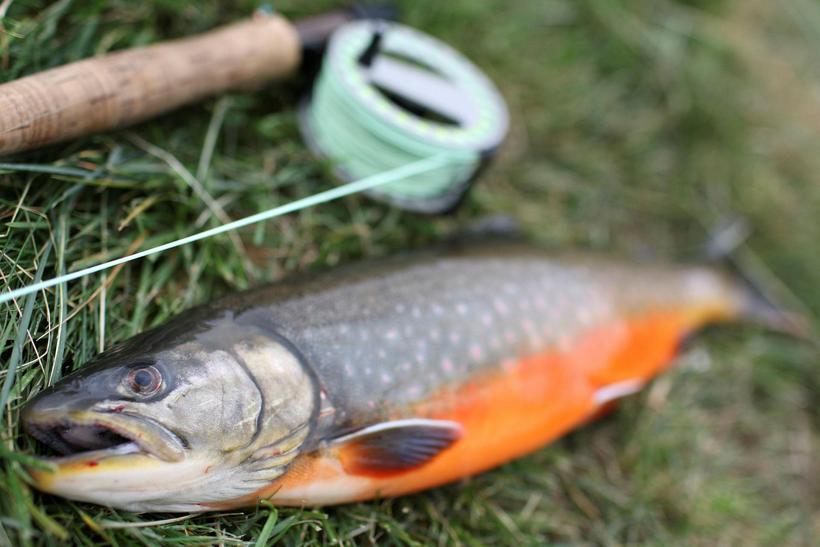 The population of arctic char in Iceland is on a steady decline. Photo: Iceland Monitor/Golli / Kjartan Þorbjörnsson

“Global warming are causing drastic changes to tillage in Iceland.” Sigurðsson adds that farmers are happy about much of this change, but scientists are worried.

“This is a disaster happening in Icelandic nature, we are losing one of our special ecosystems, rústamýri (a type of moorland). They have shrunk considerably in the last age, they are disappearing from nature. They will be completely cone in the next decades if this development continues.”