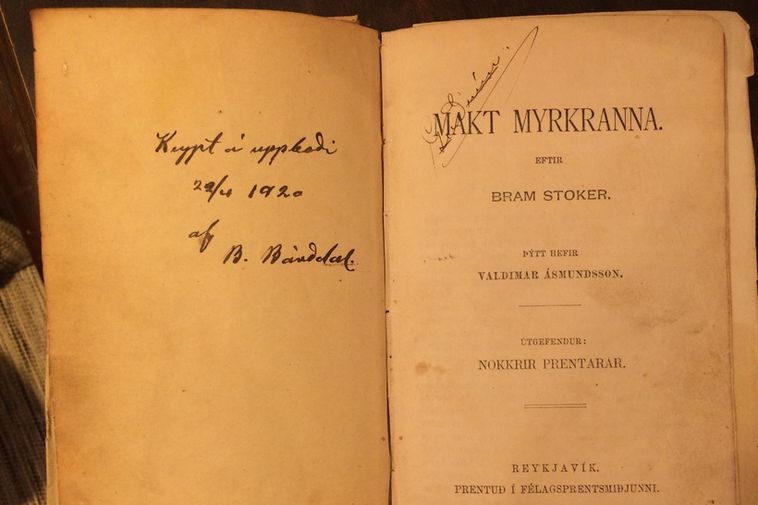 Hollywood producer Sigurjón Sighvatsson is planning a TV series based on Makt Myrkranna, the Icelandic rewrite of Bram Stoker’s Dracula, according to Rúv (link in Icelandic).

The book was “translated” in 1900 by Valdimar Ásmundsson, who didn’t translate it as much as rewrite it. The book was released in Iceland in 1901.

The Icelandic translation has been translated back into English by author Hans de Roos. It’s called The Powers of Darkness (a literal translation of the title Makt myrkranna)

Sighvatsson is currently working on funding the filming of the series, which will be in English. Ottó Geir Borg will write the screenplay.