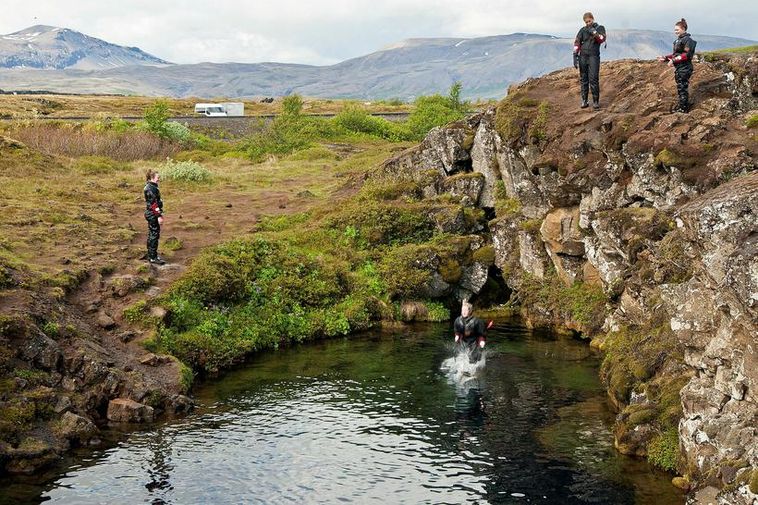 Up to eight to ten thousand people dive in Silfra every year. Mbl.is/ Ómar Óskarsson

An American tourist died whilst snorkelling in the famous Silfra crevasse at Þingvellir in South Iceland yesterday.

The tourist was snorkelling as part of a group of Americans on a guided snorkelling trip. Once the group had completed their swim, the man lost consciousness once back on land. He received CPR and was taken via National Coastguard Helicopter to the National Universtity Hospital in Reykjavik. Once there he was declared deceased. Cause of death has not yet been revealed.