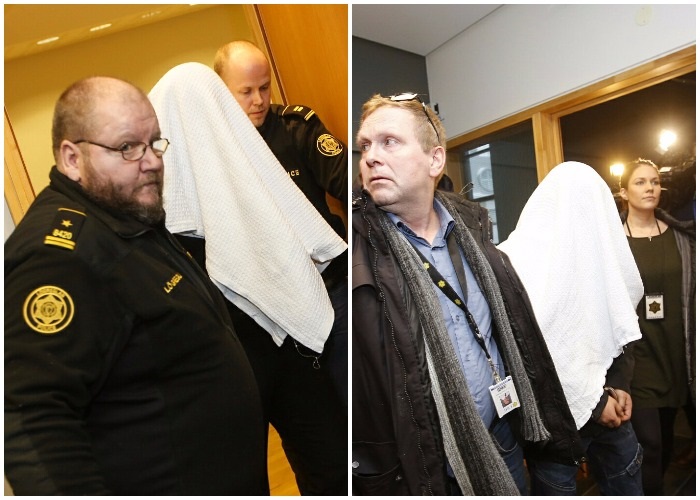 The suspects covering their faces upon being taken into custody today. Photos/Eggert Jóhannesson

Two men, crew members of the Polar Nanoq, have been placed in a two week long police custody on suspicion of criminal behaviour in conjunction with the disappearance of Birna Brjánsdóttir. Both men deny charges.

A decision on whether the third man will also go into police custody has not yet been made.

Police will not disclose whether they found any evidence inside the Red Kia Rio rental car which points to a criminal event.

Rúv reports that a great amount of drugs was found on the Polar Nanoq although this is not linked to the case directly.

There are still no clues as to the whereabouts of Birna Brjánsdóttir.

A fourth man, also a crew member of Greenlandic Trawler, the Polar Nanoq, has also been arrested.  Police officer Einar Guðberg Jónsson, asked by mbl.is if this arrest is connected to the disappearance of Birna Brjánsdóttir and the drugs onboard the ship his answer was, "This is all connected."