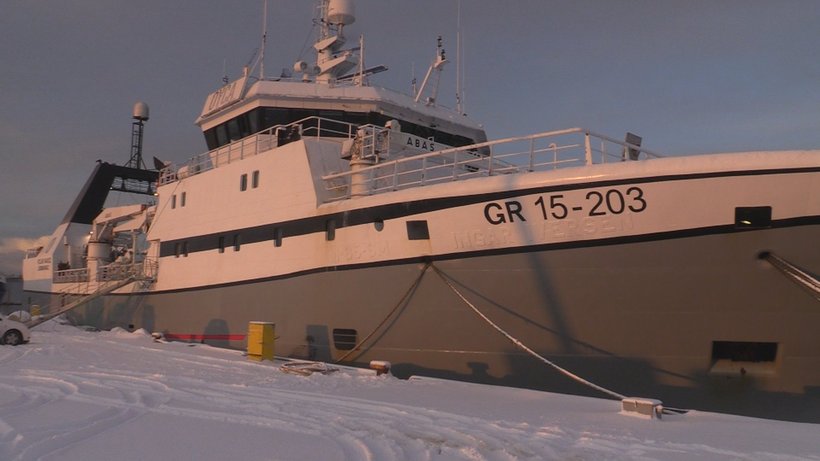 The Polar Nanoq was docked at Hafnarfjörður harbour and left the coast of Iceland just as Birna Brjánsdóttir went missing. Crew of the trawler are connected to the red rental car spotted on Laugavegur. mbl.is

The red Kia Rio car which was seen stopping at Laugavegur where Birna Brjánsdóttir, missing since early Saturday morning, has been found. It was revealed that it had been hired by crew of a Greenlandic trawler and the car was spotted where the trawler was docked on Saturday night before leaving Iceland at around 9 pm.

According to sources of mbl.is earlier this evening it was believed that a helicopter carrying the special armed unit of the Icelandic policeforce had been sent via helicopter towards the trawler, called the Polar Nanoq.

The most recent report is that the Polar Nanoq has responded to request by the Icelandic Coastguard to turn around to Iceland as crew members need to be interrogated by Icelandic police.

Danish coastguard ship Triton has been notified and is sailing towards the Polar Nanoq.

Birna's shoes were found near the harbour at Hafnarfjörður where the trawler was docked. 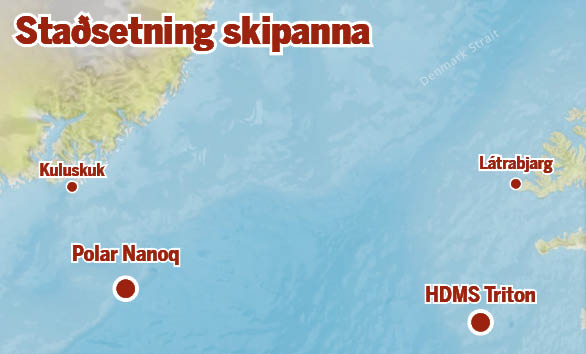 A map showing the location of The Polar Nanoq and Danish coastguard vessel Triton at 18:30 tonight. Map/​Loft­mynd­ir-mbl.is 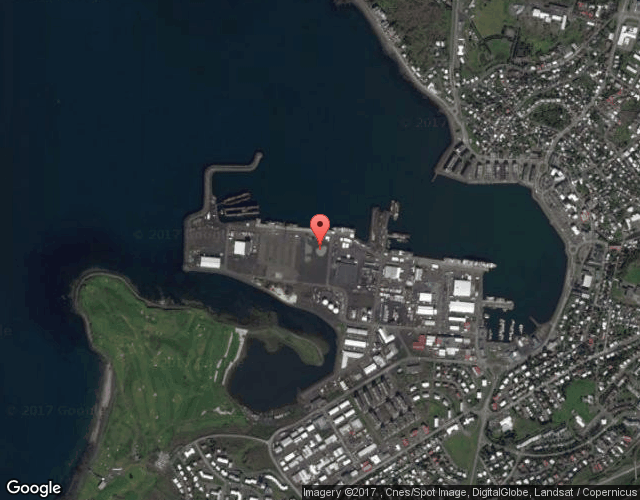 Birna's shoes were found near the harbour in Hafnarfjörður. Kort