They saved 1,107 lives in the Meditteranean 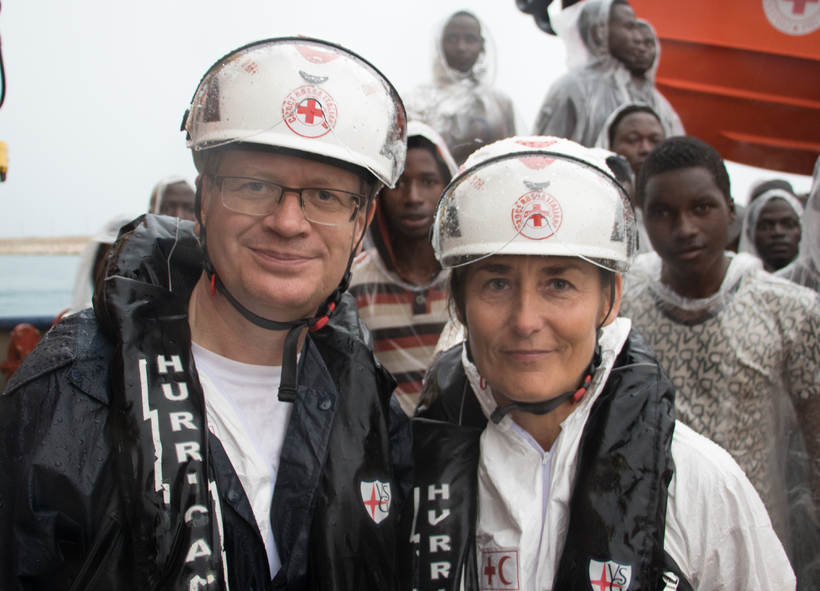 Þórir and Jóhanna were Red Cross representatives for Iceland in the Mediterranean. Mynd/Þórir Guðmundsson

Þórir Guðmundsson and Jóhanna Jónsdóttir are back in Iceland after taking part in rescue missions in the Mediterranean. Guðmundsson says this is the hardest project he has ever undertaken but that it's important to remember that 1,107 lives were saved.

Guðmundsson and Jónsdóttir were representatives of the Red Cross in Iceland taking part in rescue missions organised by the Red Cross international and the Red Crescent society (IFRC) in the Mediterranean sea. Their team saved 1,107 refugees in the space of two weeks. "We found the first boat on November 13th. It was a tree boat with 28 passengers from Bangladesh. The smugglers had told them it would only take a few hours to sail to Italy from Libya. They would never get across to Italy on these boats. They are just sailing into open death." He says that when the men found out that the distance was 500 kilometres their jaw dropped. "They just looked at the sea and said, we would be dead if you hadn't found us.

Their team sailed around an area outside Libyan territory looking for boats. "Usually they head out at night to get past the Libyan coast guard. That takes them the whole night, and then they're past the coastguards." When people are rescued they are often close to death. 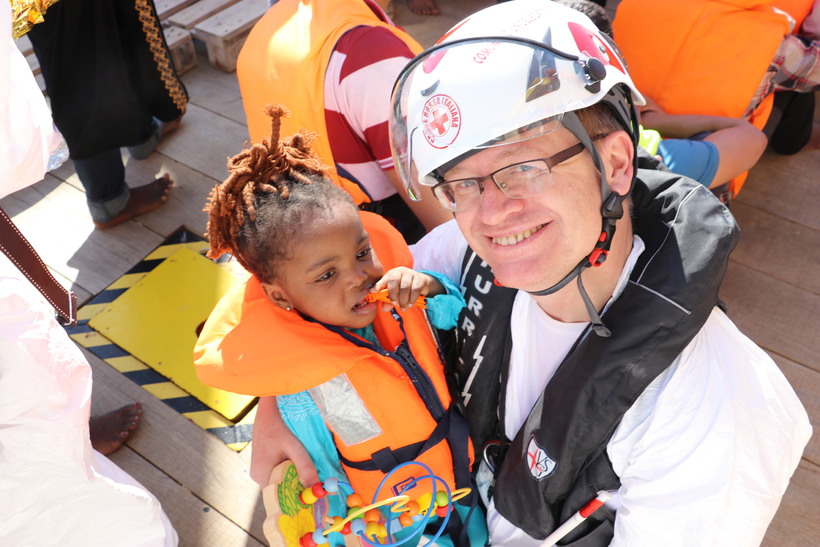 "This little girl is called Treasure. Her mother Naomi set out with her in a rubber dinghy and they were in the middle of the ocean when rescued." Photo/Þórir Guðmundsson

"The last rescue is probably the mos memorable one. We arrived at a rhubber dinghy which was half sunk, one side stood out of the sea and the rest was around one metre into the water. People were clutching onto the remains of the boat when we arrived. "

He says probably dozens of people drowned before they arrived. "They had spent around ten hours in the boat and it had been in that state for many hours before we arrived."

He says many people were close to death but were revived once aboard the rescue ship. "One drowned. Resuccitation efforts were not successful. "

Guðmundsson believes many Icelanders can connect with the perils of the sea due to our history. "Although we now have much more advanced rescue possibilites many people sill have parents or grandparents who remember times when a dozen people every year would perish at sea." He adds that it's really important that the public supports the Red Cross, and for the rescuers to feel that support.

Below you can see some photographs from Guðmundsson's two weeks in the Meditteranean. 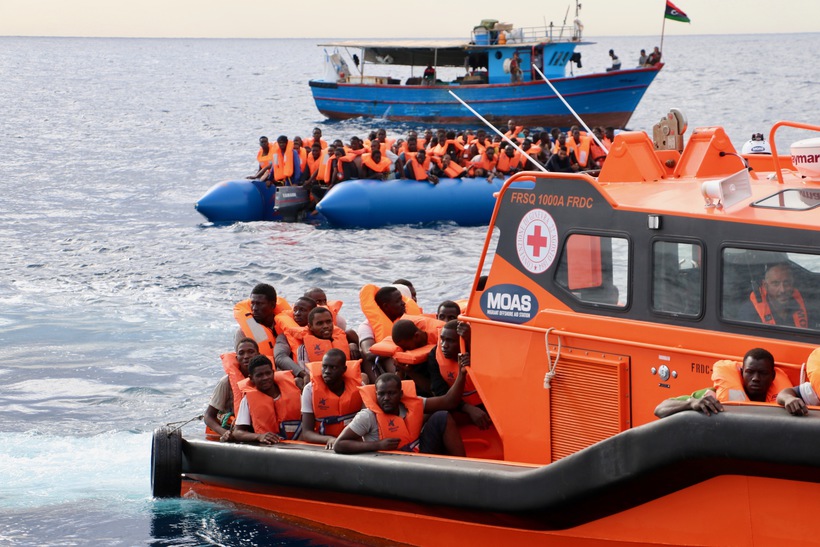 The Red Cross Responder ship,, two powerful boats used for rescues. It is vital that people don't fall into the sea before getting a lifevest, as most of them can't swim." Mynd/Þórir Guðmundsson 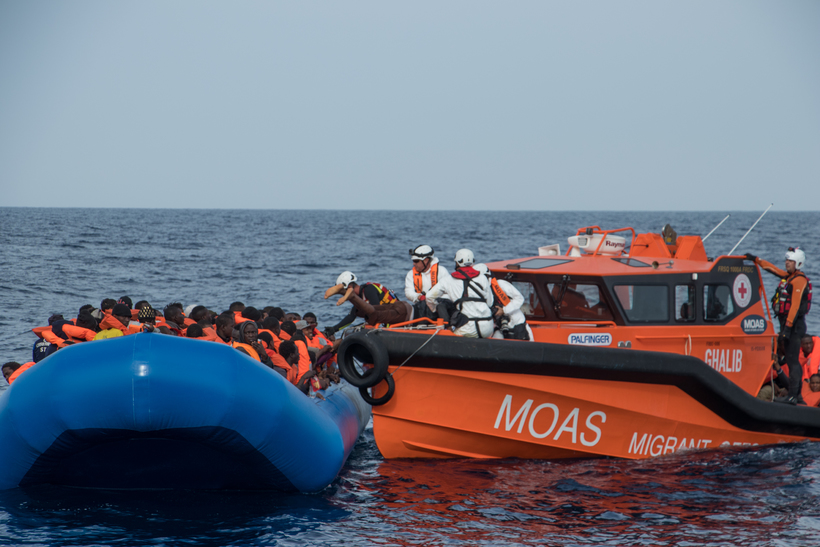 Everyone aboard gets a lifevest before they are ferried into the rescue boat. Photo/Þórir Guðmundsson 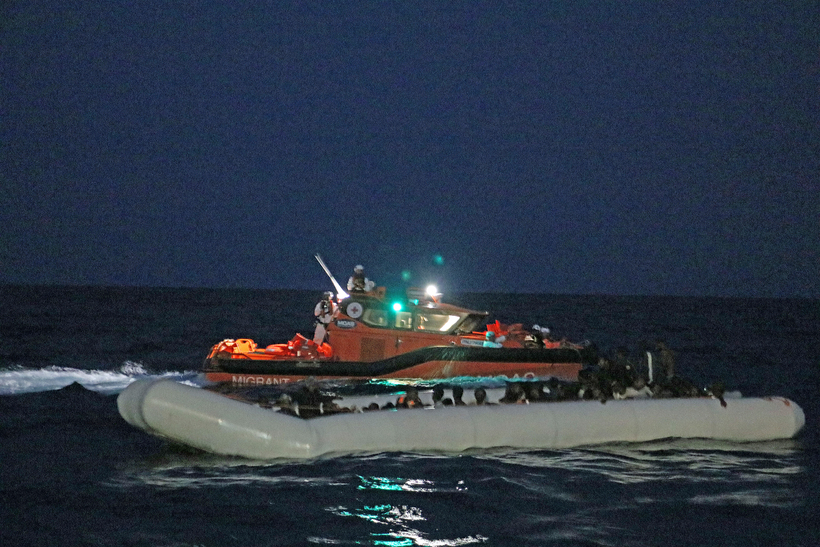 "This boat had very few people on it, it then came to light that many had fallen overboard and drowned during the night. " Photo/Þórir Guðmundsson 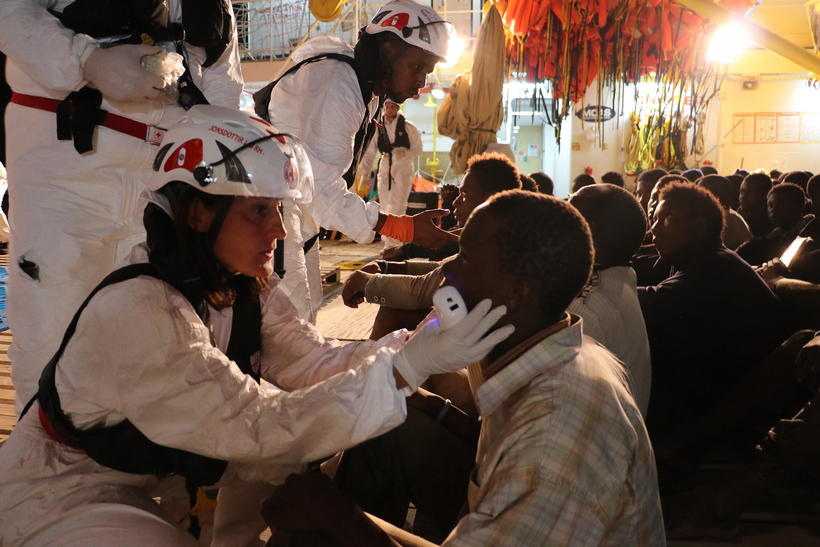 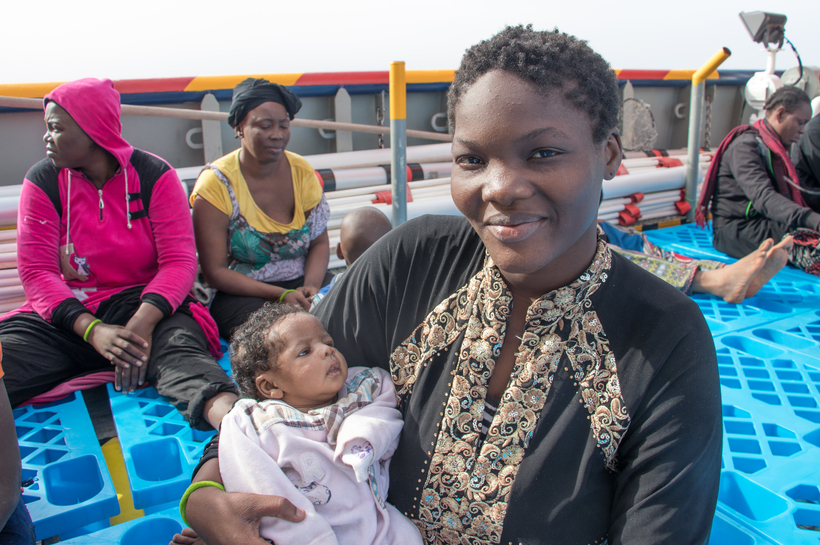 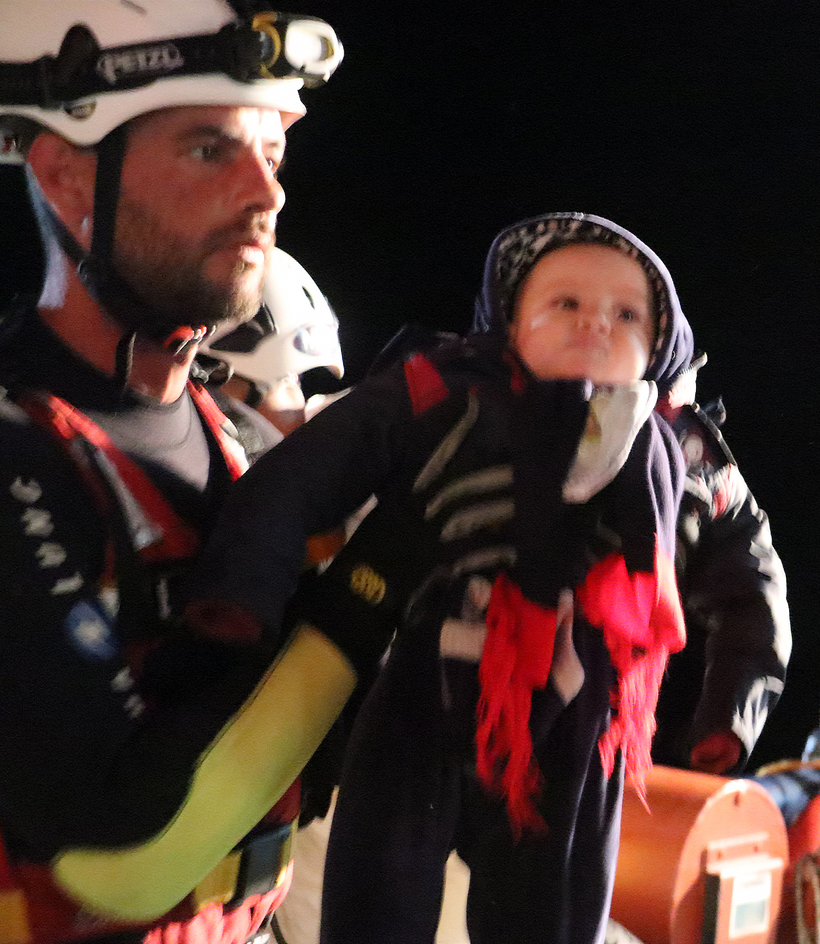