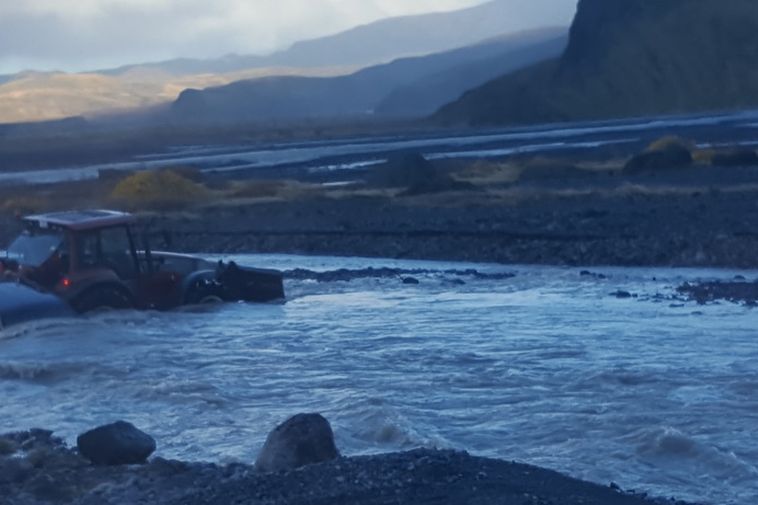 Rescue teams were called out when a jeep got stuck in the Steinholtsá river where it was crossing the road to Þórsmörk, a nature reserve.

"This was  a routine river rescue, we also called out someone on a tractor from Langidalur," says SAR team member Magnús Þór Einarsson.

"We needed a very large vehicle there, ordinary jeeps wouldn't have helped with anything."

The jeep that tried to cross the river had 35 inch tyres but the river carried it some 25 metres downwards with water coming up to the front windscreen.

"The men were still in the car when we arrived so we started by getting them into the tractor and back to dry land. Then we proceeded to drag the jeep out of the river which went fairly well."

He says that the men were very shocked. "They were obviously scared, they'd been drifting for 30 metres."

It should be noted that in this case the people in question were not tourists who didn't know any better, the two men were experienced Icelanders who had miscalculated the water level in the river.

"There's a lot of water in the rivers now due to heavy rainfall. They also tried to cross at the wrong spot, by accident, which meant that they were caught in a very powerful current."