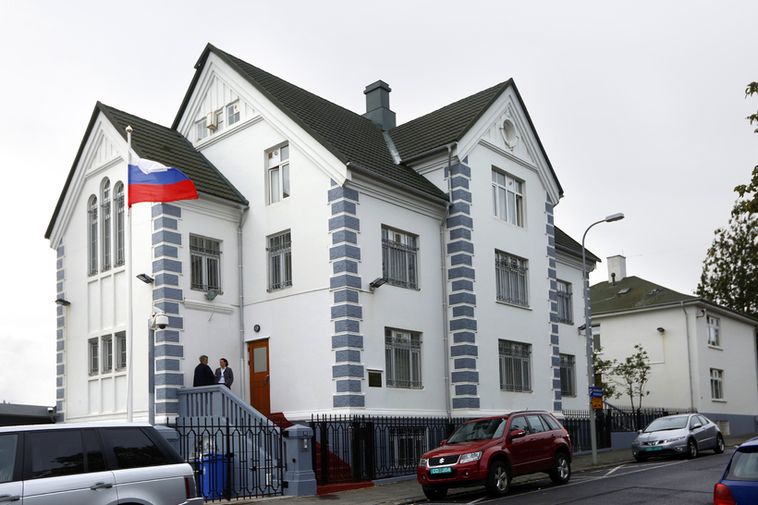 Diplomat Alexey Shadskiy at the Russian Embassy in Reykjavik believes that Icelandic media are hyping up the story about the Russian bombers flying directly underneath an Icelandic passenger plane as pretext to re-opening a military base in Keflavik. He says that the media is trying to awaken a Russian scare.

As reported earlier today on Iceland Monitor, two Russian bombers flew directly below an Icelandic passenger jet on its way from Keflavik International Airport in Iceland to Stockholm, Sweden on Thursday.

Shadskiy points out that the incident occurred outside Icelandic airspace and that the Russian planes were two kilometres below the Icelandic passenger plane, which complies to international regulations.

Shadskiy doubts the story told by the Icelandic pilot, implying that he couldn't have seen the planes flying two kilometres below him. In the story reported by Morgunblaðið the planes are said to be of the type Tupolev Tu-22M but Shadskiy says that those planes don't have the flight capacity for such a long-haul flight.

Regarding the fact that the planes turned off their radar transmission systems Shadskiy says that NATO planes do the same thing. "It's just propaganda to say that Russians fly without it (tracking devices) but NATO planes also fly without it."

He adds that the Russian planes were on a routine flight past Icelandic air space.

In a written response to Mbl.is, the Iceland Ministry for Foreign Affairs confirms that two Russian bombers flew directly underneath an Icelandic passenger plane on Thursday.

According to the statement, the Ministry for Foreign Affairs has repeatedly criticized and filed reports to Russian authorities with regards to the flight of unmarked Russian planes around Iceland in recent years, due to the dangers this can cause to general air traffic. It will repeat those complaints to Russian authorities after this latest incident.

The Ministry for Foreign Affairs also stated that the aircraft reported by NATO to Icelandic authorites were of the type i Tupo­lev Blackjack Tu-160, not Tupolev Tu-22M.