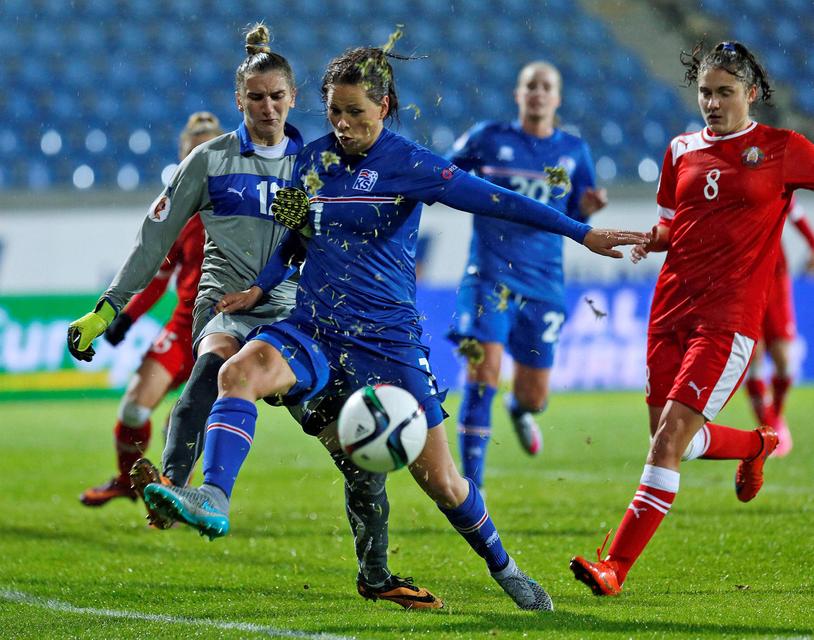 An exciting weekend of football ahead for Iceland’s women as they play their final two Euro 2017 qualifiers – against Slovenia and Scotland.

Iceland could not be in a better position to qualify for their third European finals in a row. They have won all six of their games so far and sit at the top of Group 1 with eighteen points. They have fired 29 goals past their opponents and not conceded a single one.

This means a draw against Slovenia on Friday would be sufficient to guarantee Iceland qualification to the finals of Euro 2017. When the two teams met in the first leg last October, Iceland thumped Slovenia 6-0.

But Iceland’s women have their sights set higher than a mere draw. “We want to get six points from the last two games and finish the qualifiers with straight wins,” says Icelandic midfielder Sara Björk Gunnarsdóttir, confidently.