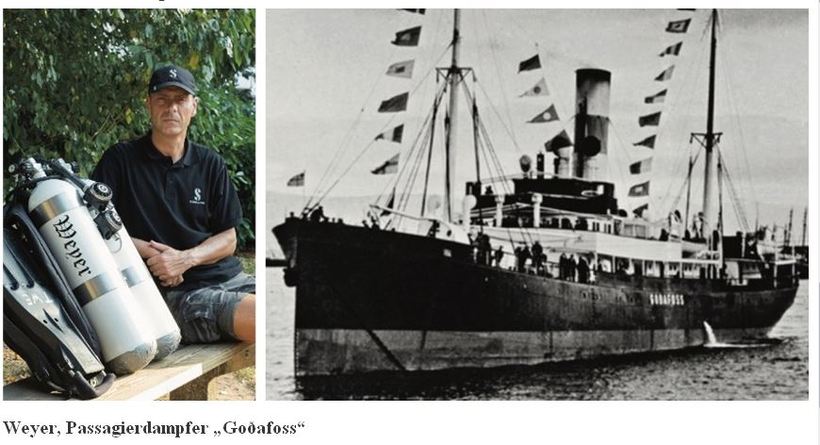 “He’s an attention-seeker,” says Icelandic diver Gunnar Birgisson about a German colleague who claims to have found the wreck of the Goðafoss , an Icelandic ship sunk by a German U-boat in 1944, killing 24.

Birgisson has led the team searching for the Goðafoss since 1997 and was joined in 2011 by Thomas Weyer, who first heard about the ship at a German book fair that year.

The pair set out on an expedition this summer, following which Meyer told German news outlet Der Spiegel that he had located the ship buried under a metre of sand under a forty-metre deep section of the North Atlantic.

According to Meyer, sonar readings detected the outline of a ship corresponding in size and shape to the sunken Goðafoss , torpedoed during World War II.

The sunken ship shares a name with the Goðafoss waterfall in north-eastern Iceland. Photo: Iceland Monitor/RAX

“He is keener on being able to say that he has found the ship than finding the ship himself,” says Birgisson, who denies that they there has been any confirmed find of the lost ship.

“Something showed up that looked like a ship. But when we dug down, we found nothing. The Icelandic Coast Guard also scanned the area with more accurate equipment and found nothing,” he explains.

Birgisson has accused Weyer of altering data that he had send to him, marking them as his own, and setting up a website describing Birgisson as an “Icelandic contact” rather than team leader.

“He is covering himself in imagined fame,” Birgisson concludes. “He is taking the glory for something that has not actually happened.”