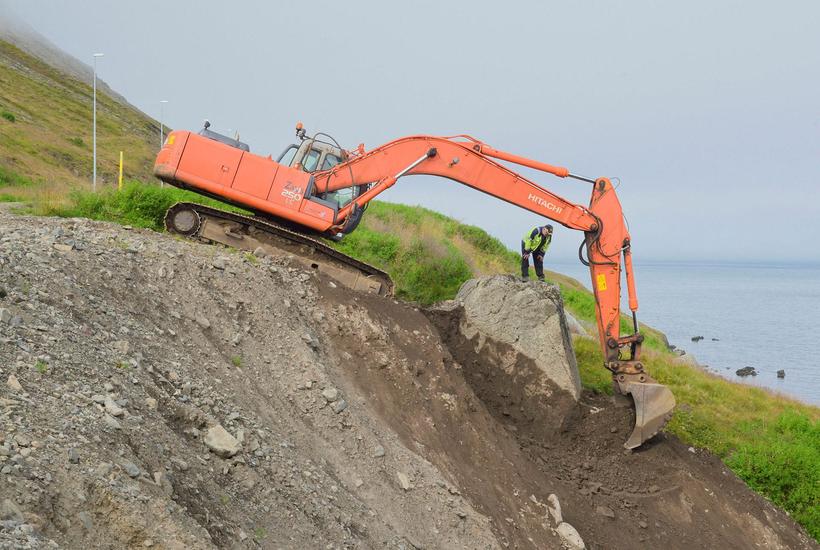 The rock was unearthed from layers of mud after it disappeared from view one year ago. Mbl.is/ Sigurður Ægisson

A rock in Siglufjörður, Iceland, reputed to be the home of elves, was covered in metres of soil last year by roadworkers. A series of mishaps later, allegedly caused by the elves, the rock has now been dug up and restored.

It was last August when a mud slide fell on a road in Siglufjörður, North Iceland due to heavy rainfall. Roadworkers at Báss hf. had the task of clearing the road, covered by 10 - 12.000 cubic metres of soil and unwittingly, dumped it on top of a rock known locally to be inhabited by elves. It's local name is Álfkonusteinn or Elfin lady stone.

Speaking to Morgunblaðið in today's edition, Sveinn Zóphóníasson, one of the owners of Báss hf explains the events that occurred last August.

"First, in the morning, he police called to tell me that the road at Hvanneyrarströnd had been closed down.  It had been raining since eight pm the night before and mud slides had started falling on the road. When we arrived at the site we couldn't believe our eyes. I'd never seen the road like that before. When we were returning, the man who was accompanying me fell and hurt himself and couldn't work for a few days. Then we decide to go out there with equipment to dig but the weather was so bad that we had to turn back. The machinery was just standing there. This was around noon. The next thing that happened is that the river floods over the road. That's when we get a call to sort out a digger for something else. When we arrive into town we see that the river has flooded all the way down there. We then saw that more mudslides had fallen on the Hvanneyri road and I decide to move the bulldozer in case something should fall on it. I had just gotten into the vehicle when I see a mudslide coming toward me, like a gigantic ball. When it hit the river flood it exploded and water and rocks went everywhere. We fled."

On August 29th, the day after, they started clearing the road. In the afternoon, one of  the bulldozers broke down and was repaired the next day. The task took around ten days, both clearing the road and repairing it, as well as repairing electric cables and such. 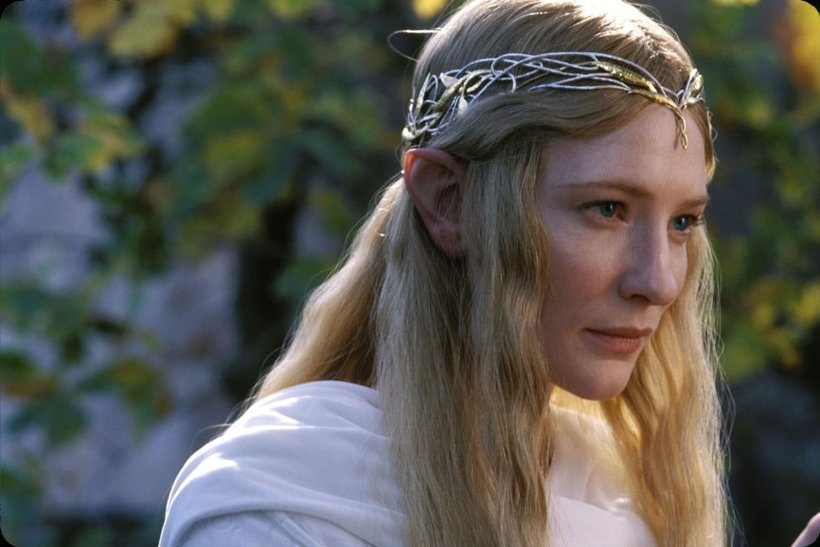 The lady in the rock seemed stirred by events. (The accompanying photo is of actress Cate Blanchet in her role as Galadriel in Lord of the Rings). Photo/ Wikipedia

"Noone had been thinking about the rock, Álfkonusteinn (The elfin lady stone)," says Zóphoníasson. "Maybe noone knew about it or they had forgotten. This had been all about completing the task in a short space of time." A reporter from RÚV national television attempted to climb up the rocks to shoot some footage but sank into a pit of mud, right up to his waist and had to be rescued.

In light of these occurences the town council were urged to make note of these kind of artefacts and to put up signs. The elfin lady stone is classified as an artefact according to laws from 2012 which note that all places reputed for magic or are connected to folklore, folktales, customs or national beliefs should be protected for their cultural heritage.

The Iceland Road Administration unearthed the elfin lady stone last week following a letter from the town council and were happy to comply. The stone was also cleaned with a powerful hose.

In Iceland, various tales tell of what happens when elves are not happy with human actions, for example a rock in Kópavógur, where elves have reportedly hindered construction on four occasions. Another example is when the Iceland Road Administration abandoned plans to make a tunnel through Hegranes in Skagafjörður, North Iceland after a series of accidents. 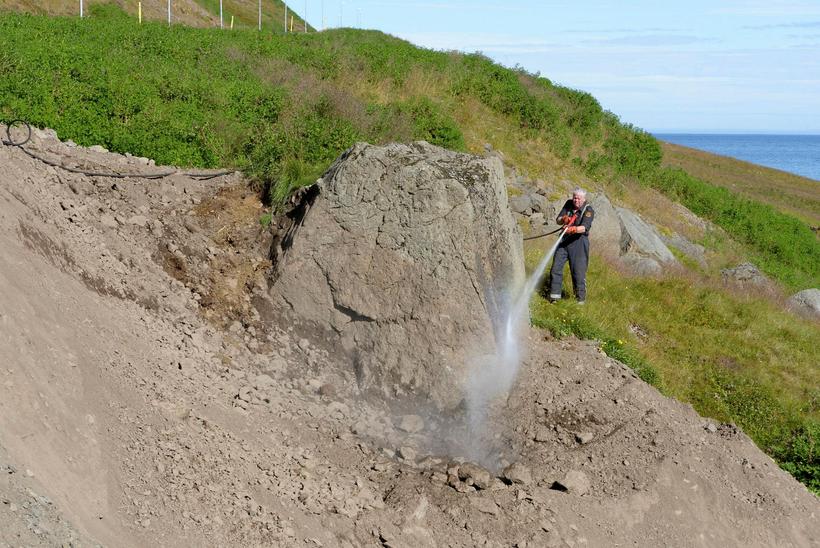 The rock being hosed down and cleaned. Mbl.is/ Sigurður Ægisson