The story of a five-year-old Icelandic transgender girl 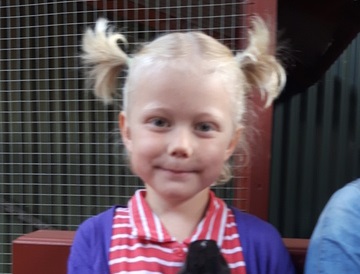 Ronja Sif has blossomed since she was allowed to live her life as a girl. Photo/ private collection

Little Ronja Sif Magnúsdóttir is five years old and she lives with her parents and her two siblings on a farm in south Iceland. Until late last year, her name wasn't Ronja. It was Aron Freyr, as she was identified as a boy.

In an interview with our sister publication, Mbl.is,  her mother Stefanía Ósk Benediktsdóttir says that she doesn't know of any other five-year-old trans children although they know of older ones. She says that they haven't been met with any prejudice but that sometimes the journey has proved difficult. 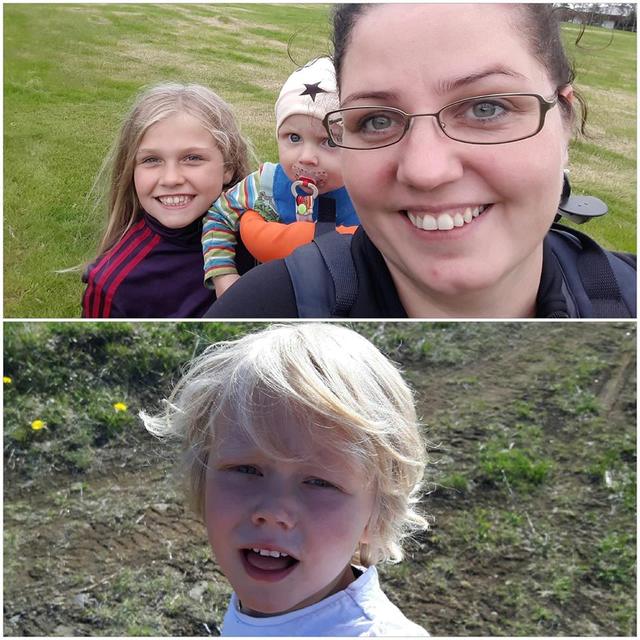 Ronja, below, and her mother and siblings, above. Photo/ Facebook

Benediktsdóttir, who first told her story on the Snapchat account of Hinseginleikinn last week, explains to Mbl.is that Ronja voiced her wish to be a girl ever since she started to talk.

At first her parents didn't listen to the child and thought she was going through a phase. It wasn't until October last year that they realised that Ronja had been born with the wrong sex. Her playschool contacted them and asked for a meeting saying that the child had asked staff to be a girl and they didn't know how to answer.

"We had no idea ourselves what to say to her," explains Benediktsdóttir who adds that at this point she realised that this was no longer "a phase." The playschool director advised meeting with a psychiatrist who then advised them to seek advice with a counsellor at Samtökin 78 ( The National Queer Organisation of Iceland).

"We met her one night at the end of November and then it was confirmed." After describing to the counsellor what had been going on with the child she was told that Ronja was a typical example of a transgender child. Ronja with her dad and younger brother.

"That was a great shock to us," says Benediktsdóttir. They were advised to give their child permission to be a girl. Once this permission was given, Ronja was allowed to grow her hair, wear dressed and to be identified as a girl. "After that it just came naturally to her and she started to feel a lot better." She adds that she hadn't realised how unhappy the child was until that moment. "She used to cry all the time, all day long, she was somehow inside a shell, she had no appetite and everything was a problem for her."

After she was allowed to lead her life according to her own sexual identity, the girl blossomed. "She doesn't cry, she eats normally, we're seeing her true self."

Between Christmas and New Year the child became sad and told her parents that she didn't feel that it was fitting to be a girl but to have a boy's name, as she was still going by the name Aron Freyr. "That's when we needed to take another big step. We weren't exactly ready to change her name." But after a few days, the girl and her parents found a name that they were all happy with, Ronja Sif.

"Ronja has always been very decisive and if people call her the wrong name she says, "My name is Ronja Sif, it's not Aron Freyr."

Supported by the playschool and the local community

At the beginning of December, Ronja's parents called for a meeting with the parents of all the other children in her playschool department. The reason was to tell them what was going on, so they could educate their children on the matter and prevent bullying. "Every single parent showed up. We felt very supported. "

When the Christmas holidays were over, the children at playschool were told that Aron Freyr had received a new name and that they would be welcoming Ronja Sif. All of the children were unfazed by this and were happy to welcome her.

"I'm really happy about our community here in the countryside, all the parents are so open-minded, the children have been great and they have always known her as a girl, really."

She is also very thankful to the director of the playschool department. "I'm so happy that she helped us in taking this step."

Went through a grieving process

Asked what she found the hardest thing during the process, Benediktsdóttir replies that acceptance was hard. She explains that even though she's always of course wanted the best for her children she was surprised at how much of a shock this was.

"I took out a grieving process of just crying," she says and explains that her husband Magnús took it out as anger instead. "But he stood by our daughter."

Feeling sad and crying about this was something she felt strangely about seeing as she only wanted her child to be happy. A psychiatrist told the couple that a sort of grieving process was normal as they were in fact saying goodbye to Aron Freyr.

Benediktsdóttir says that the family have not met with many obstacles yet although legally Ronja's name can't be changed yet until she has gone through several stages of the sex change process. The name has been changed however in the school system and with her doctors.

Going to the swimming pool however has proved hard on the child as she realises that her sexual organs are not the same as the ones of other girls. When Ronja Sif starts swimming lessons at school special consideration will be needed for a changing room. 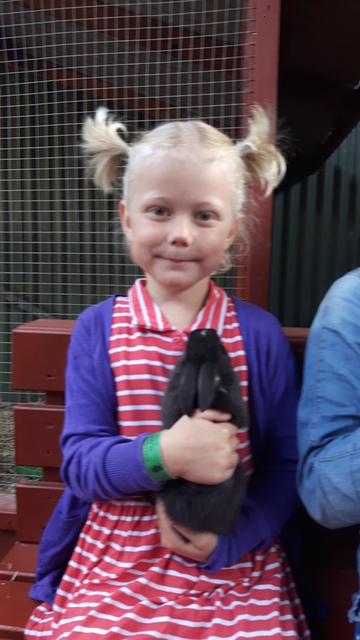 "So many people have so many questions," explains Benediktsdóttir. Since telling the family's story on Snap Chat she has received an overwhelming response. "We are touched by the warm messages of support, which we didn't expect."

"These are intense thoughts for a child. She wants to change her body."

"I think we need more education about transgender people here in Iceland," she says, adding that she and her husband had little or no knowledge on the matter.  She doesn't know of any transgender children that are Ronja's age but would like to know of families in the same situation so that the little girl can get to know other transgender children her age.

Sam­tök­in '78 hold regular meetings in Reykjavik which the family have tried to attend as much as they can. Hearing about the experiences  of other people helps, they say.

The family have not encountered any prejudice which they are happy about. "But I've been asked whether this is a phase which she will change her mind about. I doubt that very much. These are intense thoughts for a child. She already wants to change her body."

Benediktsdóttir says that now she wouldn't want her daughter to be any different. "She's feeling so much better." When Ronja looks at older photographs of herself she makes faces, not hiding the fact that she didn't like her period of time as a boy.

The family are grateful for the interest and believe that more coverage on the matter is positive. "I think it's fantastic how many people are interested in our story. I'm overwhelmed."