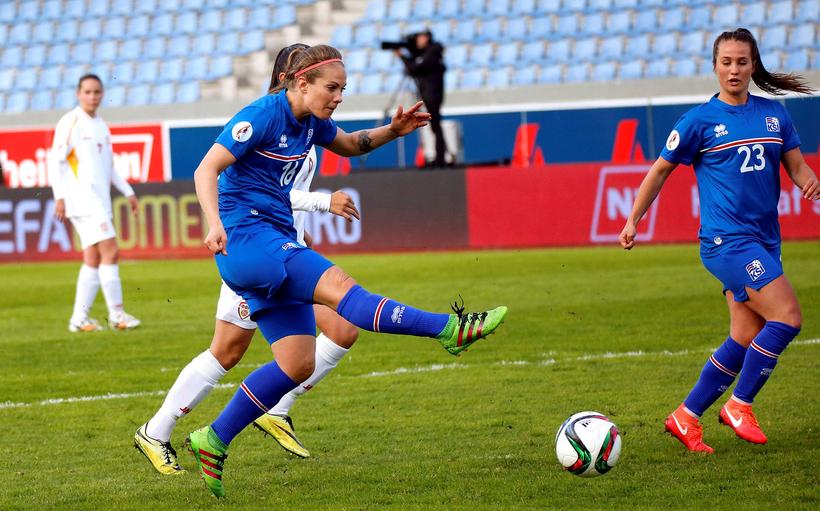 Harpa Þorsteinsdóttir has moved into first place on the ranking of top goal scorers in the qualifying stages of the Euro 2017 football finals – with ten goals in six matches.

Þorsteinsdóttir’s hat-trick in Iceland’s 8-0 thrashing of Macedonia on Tuesday took the Icelander’s Euro 2017 goal tally up to ten – two above her nearest rival, Scotland’s Jane Ross.

Scotland has played one more match than Iceland, so Þorsteinsdóttir’s ‘golden boot’ is secure for the time being. Four players tie for third place, as things stand, with six goals each.