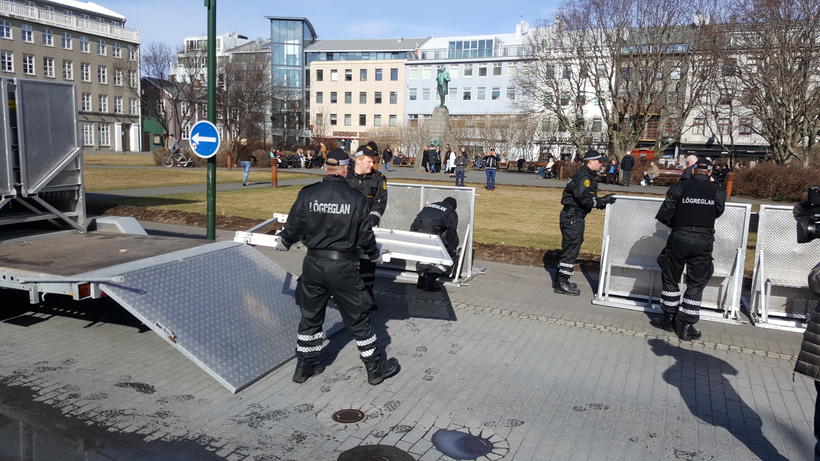 Police are now making preparations at Austurvöllur square in Reykjavik for the protest which over 10 thousand people are attending according to Facebook. A number of international journalists arrived in Iceland today to observe the protest.

Anger is mounting in Iceland after yesterday's revelations over Prime Minister Sigmundur Davíð Gunnlaugsson and the Panama Papers. Furthermore, the PM's words in an interview today that "It's not like everyone is going to attend the protest," seems to have sparked further fury.

Many shops and restaurants have put up signs that they will be closed for the duration of the protest.

Police chief at the Reykjavik Metropolitan Police, Ásgeir Þór Ásgeirsson expects large crowds and says that the preparations are " standard". "We hope that the public will cooperate with us and show enough respect towards the police as not to throw things at us or to somehow make us the target of the protest."

One early protester was arrested for throwing skyr at the house of Parliament this afternoon.

The protest starts at Austurvöllur, the square in front of the Parliament at 5 pm today. You will be able to observe it live on the link here below.