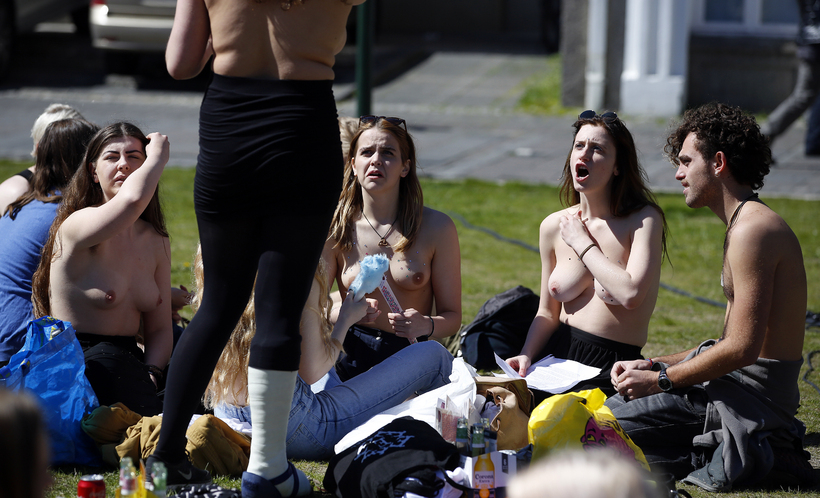 This Saturday is the formal anniversary of freeing the Icelandic female nipple, a day when students urged the women of the nation to bare their nipples to desexualise them and protest against the taboo that bared women's nipples have in a public space.

To mark the one year anniversary of this feminist movement in Iceland the organisers of #freethenipple are hosting an event at Laugardalslaug swimming pool in Reykjavik between 13- 16 on Saturday afternoon.

A text on the Facebook event states: "Why shouldn't women have the power over their own bodies? Why are they called "attention-seeking, "seductive" and much worse things? Society has taught us that a female breast is something to hide and is only meant for the people we sleep with. And to feed babies - as long as noone sees them doing it!"