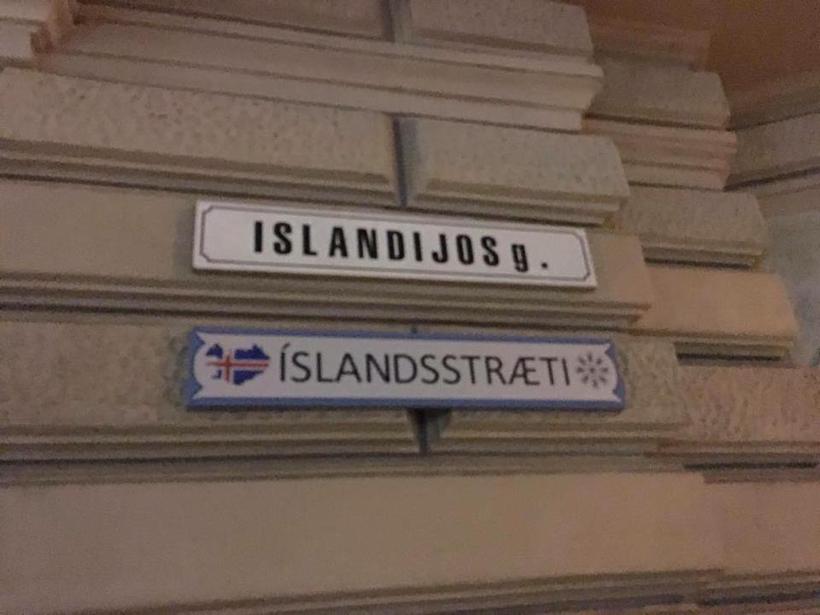 Iceland Monitor reported earlier this month on the unveiling of a new bilingual ‘Iceland Street’ street sign in the Lithuanian capital of Vilnius.

Iceland was the first country in the world to recognise Lithuania’s independence following a coup in Moscow in August 1991, and the bilingual sign was put up in “grateful remembrance for what Iceland did for Lithuania”.

Eagle-eyed journalists at Iceland Monitor and commenters on our Facebook page spotted, however, that the Icelandic sign was spelt incorrectly. The name ‘ÍSLAND STRÆTI’ (‘Iceland Street’) was missing a genitive ending -s on ‘ÍSLAND’ and was written as two words rather than just one as in correct Icelandic.

Iceland Monitor had the information passed on to the Vilnius authorities, who speedily rectified the error and put up a new, 100% correct sign in place of the old. 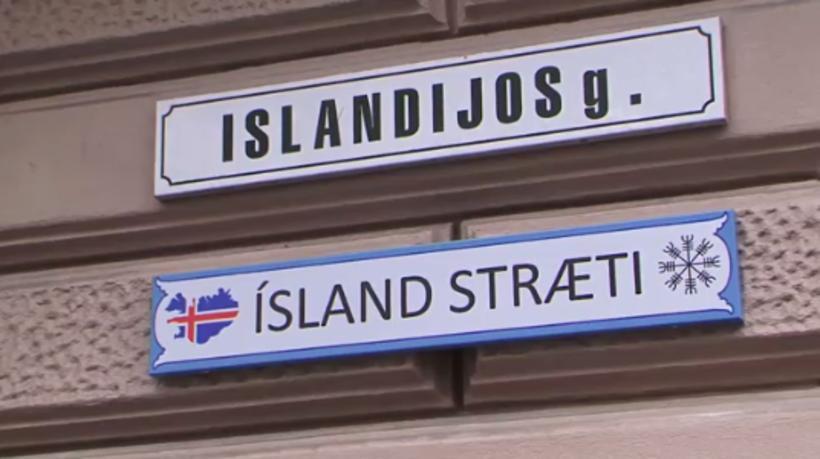