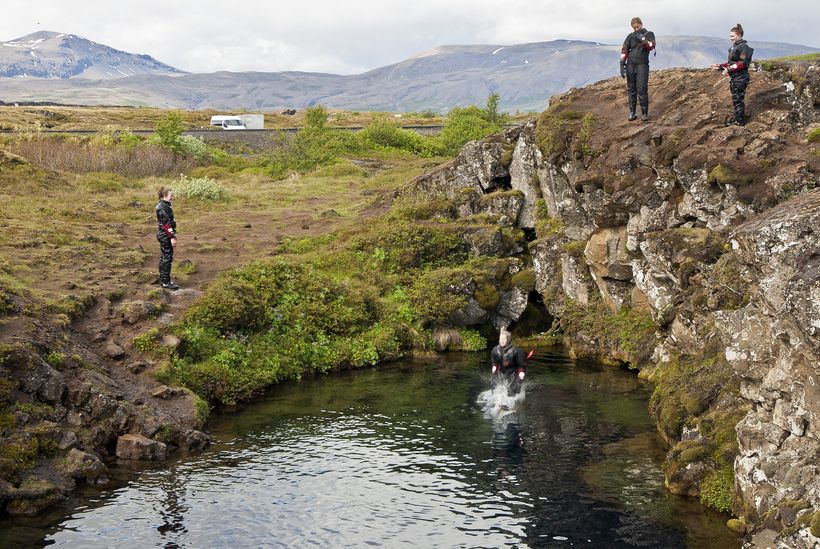 The 26-year-old woman who suffered a serious accident while diving at the Silfra site at Iceland’s famous Þingvellir earlier this week has died.

The victim, a US resident of Chinese nationality, was diving at Silfra fissure with her husband on an organised tour.

The cause of the accident is not yet known, but the diver may have been caught in some sort of current just below the surface of the water.

According to Deputy Chief Inspector of South Iceland Police, Þorgrímur Óli Sigurðsson, the woman sank to a depth of about 30 metres and was underwater for around ten minutes. It is not known whether she had a functioning oxygen supply for the whole time.

Neither is it known whether there was some kind of failure in the equipment, but a piece of the diver’s gear appears to have detached and fallen to the bottom of the fissure.

The diver was helicoptered to hospital in Reykjavik on Tuesday and pronounced dead today. The victim’s family has been informed.