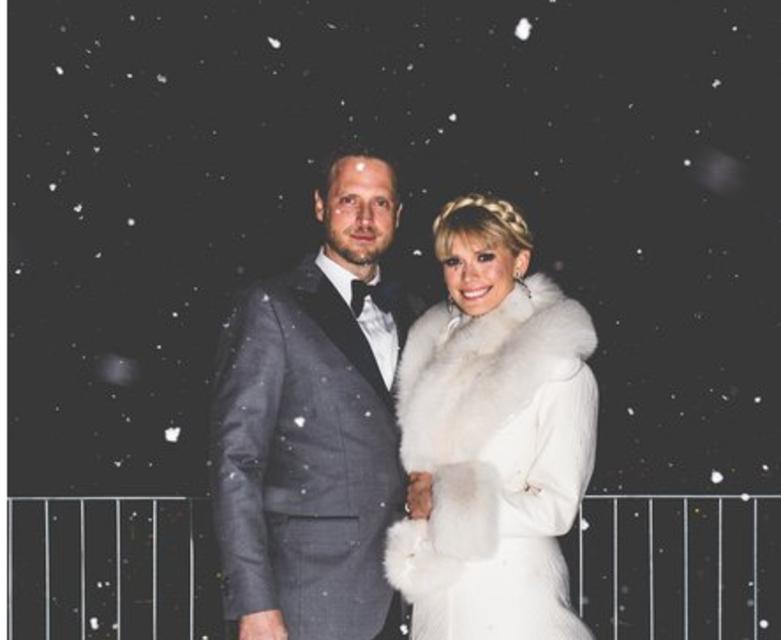 "Mosha is part Icelandic and lived in Reykjavík during her university years, but it wasn’t until a dinner party guest suggested the destination that the two realized it was the perfect choice. “When a friend of ours was over for one of Aidan’s English Sunday roasts, she joked that we should ‘meet in the middle’ [of the Atlantic] and get married in Iceland. Aidan and I took one look at each other and that was it,” she recalls. “A winter wedding on New Year’s Eve in the middle of nowhere was so unusual, and so us.” The groom had never been to Iceland before, and neither had the majority of the 100 friends and family who traveled there from six different continents, including Europe, South America, and Africa. “It seems that everyone had Iceland on their bucket list,” Mosha says. “I felt a great responsibility to act as an ambassador and show them the best of the best,"  says the article on Vogue. com which can be read in it's entirety HERE with an accompanying 43 photographs from the event. 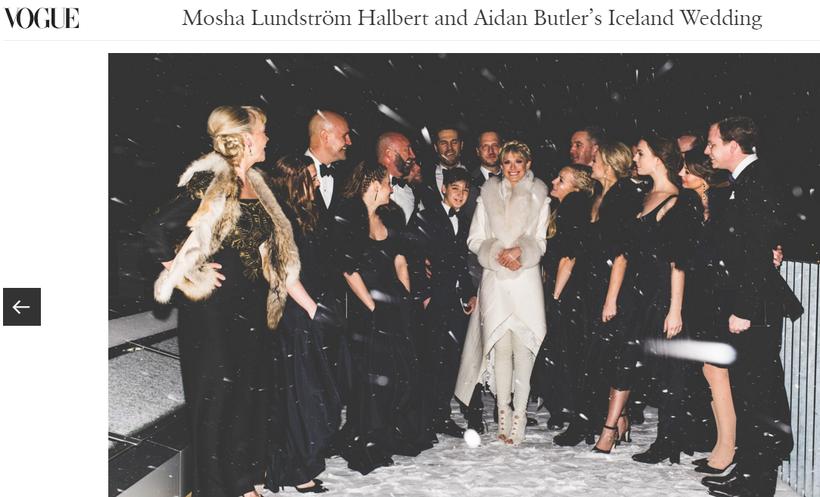