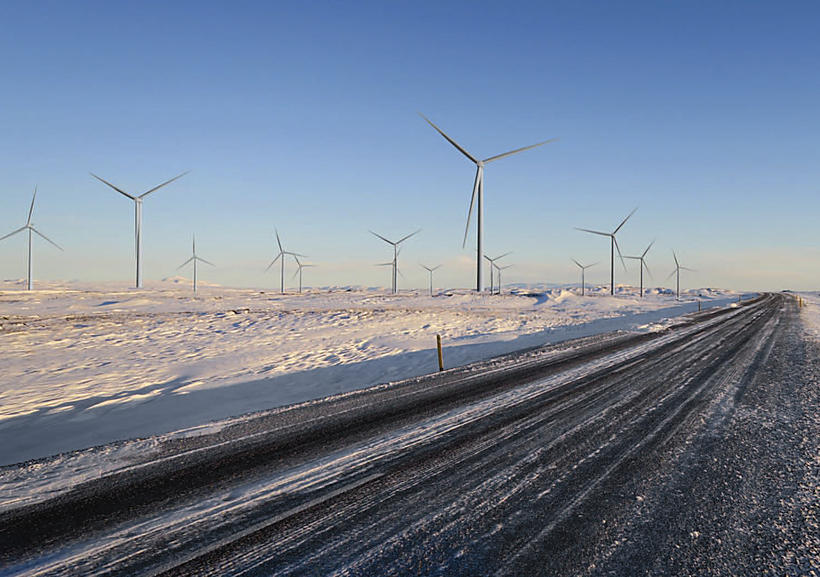 Plans are afoot to set up a wind farm near the South Iceland harbour town of Þorlákshöfn.

The proposed wind farm is the brainchild of Arctic Hydro, who presented the plans to local authorities yesterday afternoon.

According to Arctic Hydro engineer and CEO Skírnir Sigurbjörnsson, the turbines (shown in an artist’s impression above) are to be located some 3-4 km from the town of Þorlákshöfn, one of two departure points for ferries to the Westman Islands.

The turbines would be visible from the town, but no noise pollution for residents is expected.