Living under the protection of a mysterious elf woman 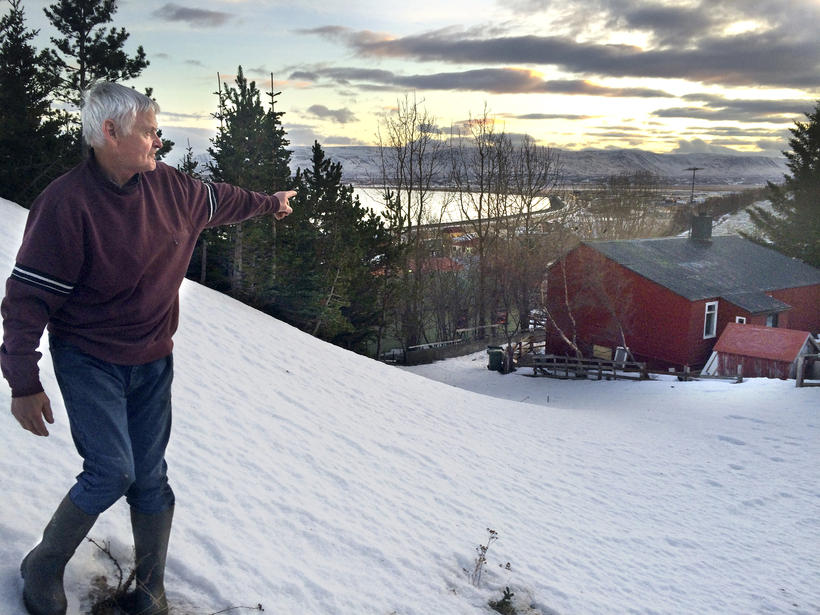 Eymundur Jóhannsson lives with his wife and daughter at Kambastígur, a small street in Sauðárkrókur, North Iceland, a place in most danger of avalanches for the town according to a new report by the Iceland Met Office. Despite the danger the family sleep soundly, under the protection of an elf woman.

Jóhannsson and his family are one of the few people still living in this street under the Nafir hills (Nafirnar). The new danger estimate by the Iceland Met Office avalanche department has been presented to locals and advises against building in the area.

The 2012 avalanche caused no damage to the building and only broke a few trees further up in the hills, explains Jóhannsson. "But I had to climb onto the roof to shovel the snow off."
The Nafir hills are actually the old shoreline, around 30-40 metres high that rise above the older part of town. They are cut by indentations known as Grjótklauf, Grænaklauf, Kirkjuklauf, Kristjánsklauf and Gránuklauf.
Jóhannsson sayst that hidden people live in the hill north of Kristjánsklauf, hidden people that moved with the family from their previous home, a farm in Árgerði in Skagafjörður.

"It may sound strange to some people. But our daughter is very perceptive and she feels their presence very strongly. She's seen an woman. Her name is Rósa and she moved here with us. The younger of those people stayed back in Árgerði. The woman lives somewhere in the hill," explains Jóhannson.

"We've heard that Rósa's presence is so strong that she appears at séances in Sauðarkrókur," Jóhannson says and smiles, a bit embarrassed, adding that his wife and daughter feel the presence of the elves more than he does. "We sleep soundly here," he explains, "Even through snowstorms. Rósa probably protects us. " 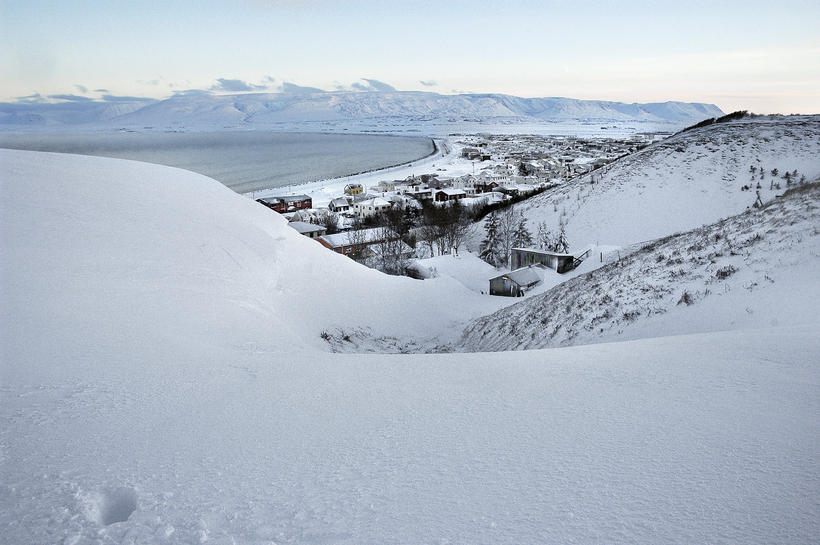 The avalanche from Kristjánsk­lauf in 2012 covered the north and west sides of the house. mbl.is/Þ​or­steinn Sæ­munds­son