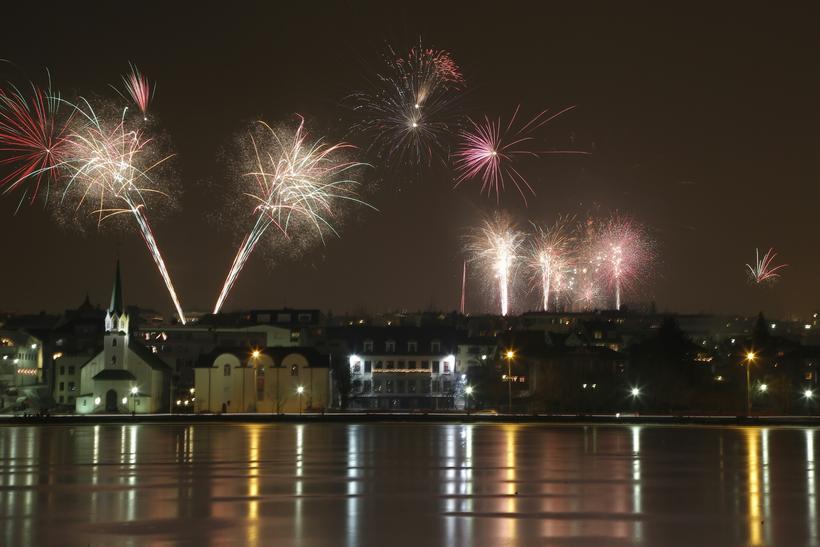 As you may know, Icelanders go a little firework crazy on New Years Eve. There are no official firework displays but most people buy fireworks sold by the search and rescue teams and light them at midnight outside their homes or in various public areas.

Icelanders literally blow millions of Icelandic kronas into the air on New Years Eve with the most expensive single firework this year costing 76.900 ISK (almost 600 USD). The firework, which fires 84 different shots into the air takes around 40 seconds to blow up. According to sales manager Dagbjört Þórðardóttir of Landsbjörg, the association of search and rescue teams in Iceland, its surprising how many Icelanders are purchasing this firework.

Tourists to Iceland on New Year's Eve are reminded to follow all safety precautions carefully when lighting fireworks and wearing safety goggles at all times.

Here's a video of the most expensive firework, seemingly called the 84s 2" Ass.cake.