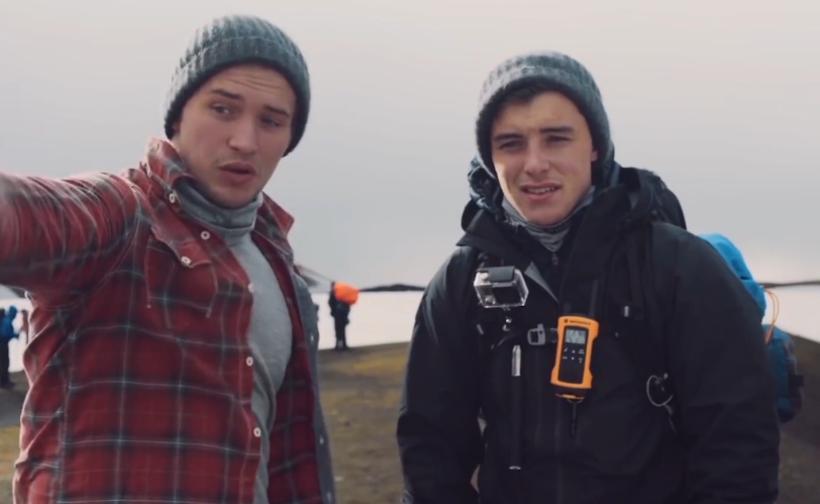 The teenagers gave up on their attempt today. Screenshot

The South Iceland police have asked the National Coastguard helicopter to fetch three British teenagers and their two filmmaker companions who were attempting an expedition they call The Coldest Crossing.

According to police the hikers couldn't get back from the highlands unassisted.

Correction: A statement from the PR manager of the group has revealed that the helicopter, ICE-SAR as called to provide guidance after two members had soaked their clothing due to rain. " With a "freak" storm approaching Iceland tonight, ICE-SAR suggested moving to a hut. Since the team was not near a hut but could not make it to their next checkpoint near the coast, ICE-SAR felt it was in the teams best interest to pull them from their expedition for safety from the storm which is expected to be worse than Desmond only a few weeks ago. "

Keeps the Shovel in Her Bed