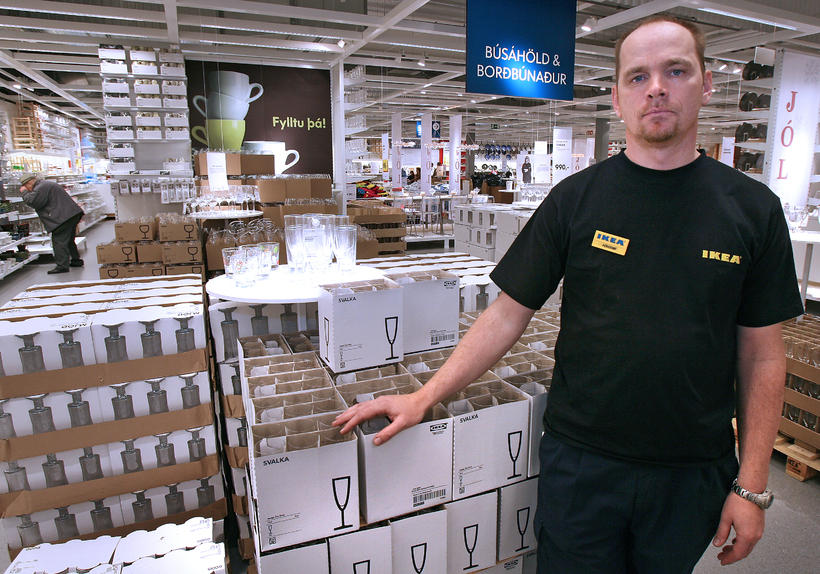 Þórarinn Ævarsson, managing director of IKEA believes the refugees will want to select furnishings to their own taste once they have settled in. Mbl.is/Árni Sæberg

IKEA in Iceland are donating gift vouchers of 100 thousand Icelandic kronas to each and every one of the 55 Syrian refugees coming to Iceland in January. "They're ordinary people with their own tastes and when they get settled in they can choose what they want to," says managing director Þórarinn Ævarsson.

The gift from IKEA amounts to 5.5 million Icelandic kronas. Ævarsson does not know of any other IKEA stores internationally doing the same thing but believes it's not unlikely as the gesture is in accordance with the company policy.

The 55 Syrian refugees are the first group of refugees to arrive from Syria in the midst of the refugee crisis.

Asked whether all refugees coming to Iceland will get the same gift voucher in the future Ævarsson says he can't promise anything but that currently, IKEA is doing very well in Iceland and that they felt obliged to do something.  IKEA in Iceland has cooperated with Iceland's Red Cross for years.

Seeing as most of the refugees are children, or 35 to be exact, this means that each one of them will also have 100 thousand ISK to spend in IKEA. "They'll ned a bed, toys, a desk, bed linen and all kinds of things," says Ævarsson. "We thought it over and the children need just as many things." The gift vouchers will be donated to the Red Cross in January and given to the refugees.

Ævarsson hasn't heard of any other retail chains in Iceland donating gift vouchers to the refugees but says that he's sure that gift vouchers in supermarkets or other shops would be very useful.

The refugee group was scheduled to arrive from a refugee camp in Lebanon in December but their arrival was delayed until mid-January.