Violent storm with total white out to hit Iceland on Monday 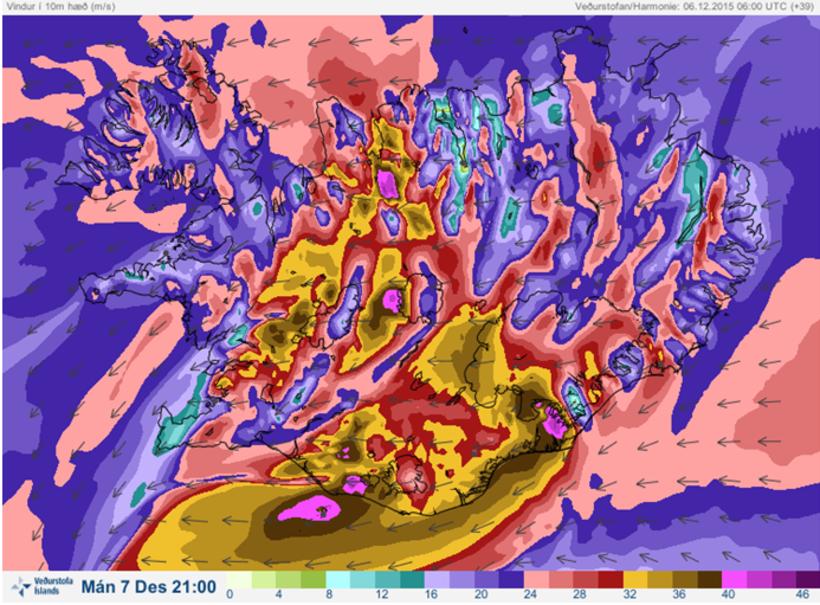 The forecast for average wind speed at 9 pm on Monday December 7th. The red, orange and pink colours represent the most dangerous winds. Map/Iceland Met Office

The Iceland Met Office warns of a storm which will hit South Iceland tomorrow afternoon at around three p.m. By 7 pm the storm will escalate to a violent storm throughout the whole of the country with snowfall which will result in total whiteout. The annoncement states that the forecast is for a storm "much, much more severe than the one last Tuesday."

In South Iceland the snowfall may turn into sleet or rain due to warmer temperatures later in the evening.