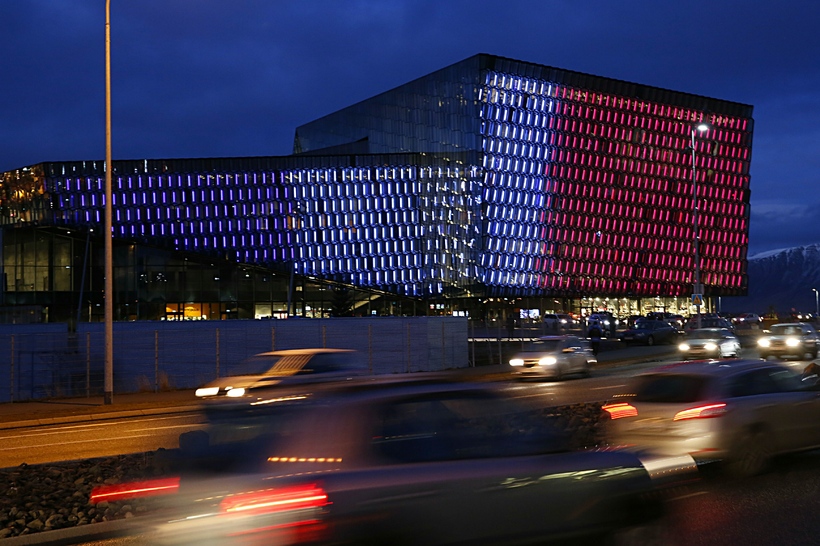 Harpa concert hall and conference centre in the centre of Reykjavik is now lit up in the "bleu, blanc, rouge" colours of the French tricolore flag to show solidarity with France following the terrorist attacks on Paris last night.

Director of Harpa, Halldór Guðmundsson said to mbl.is that it's important that prominent buildings in cities the world over show solidarity in this way.

The Tricolore is projected on well-known buildings around the globe following  the Paris terror attacks this evening, including the statue of Christ the Redeemer in Rio de Janeiro, Wembley Stadium in London, the Kuala Lumpur tower in Malaysia's capital and the One World Trade Center in the US.