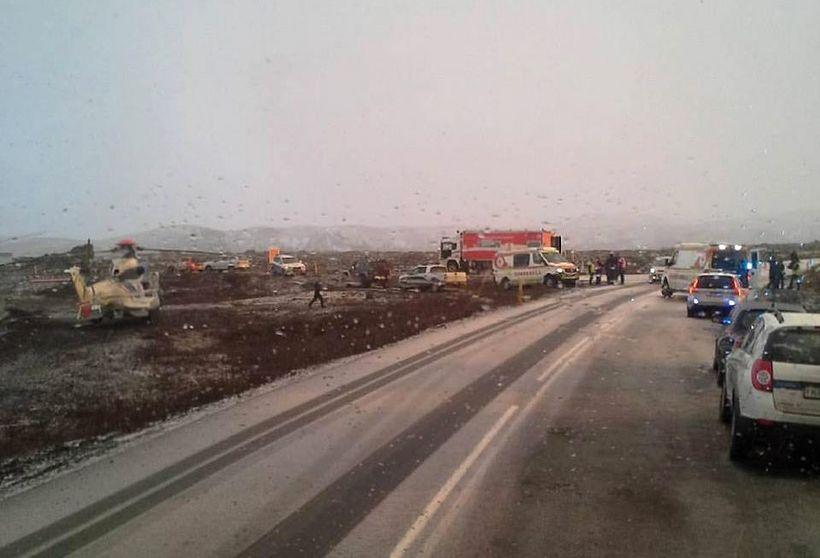 Two pilots were killed today when their light aircraft crash-landed in rugged lava terrain near the Greater Reykjavik town of Hafnarfjörður.

The alarm was raised at 3:10pm when the aircraft did not return as scheduled to Reykjavik Airport (RKV). Police, fire brigade, search and rescue, and coast guard were deployed immediately and the crashed aircraft was found around 4pm.

The two occupants, who it has since been revealed were flight instructors from the Icelandic Flight Academy, were pronounced dead at the scene. One was said to be in his twenties, the other in his thirties.

The Tecnam aircraft, of Italian manufacture, was one of five brand-new aircraft of the type brought into service by the Academy earlier this year.

The cause of the crash is as yet uncertain. The Icelandic Transportation Safety Board (ITSB) and the police have launched a joint investigation.

Where to Get Rapid Antigen Tests for Events