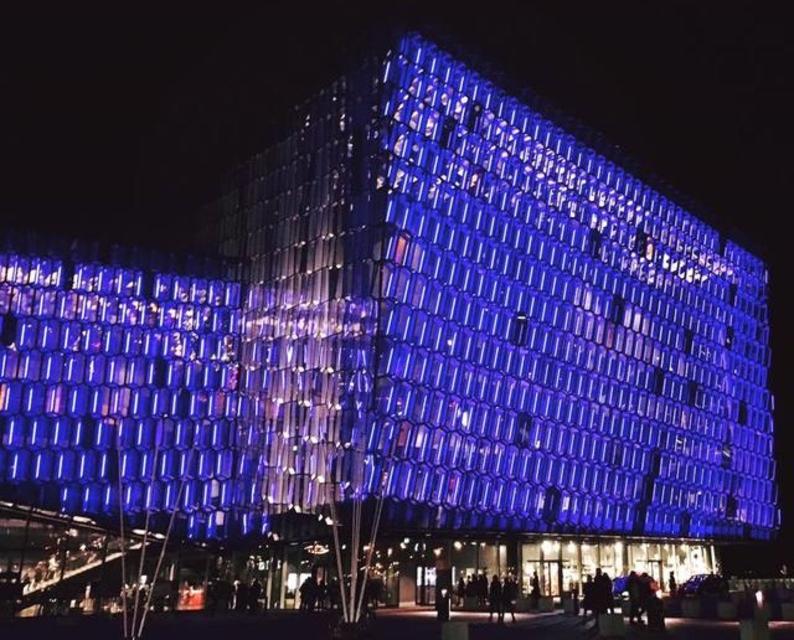 Anybody walking past Reykjavik’s iconic Harpa Concert Hall and Conference Centre this weekend will have been greeted by a vision in blue.

The light concept was to commemorate the 70th anniversary of the entry into force of the United Nations (UN) Charter on 24 October 1945.

The Charter was signed two months earlier in San Francisco, USA, but entered into force on 24 October, a day now celebrated internationally as United Nations Day.

Harpa joined in in the milestone celebrations (#UN70) be switching its lights to blue, the colour of the United Nations flag.