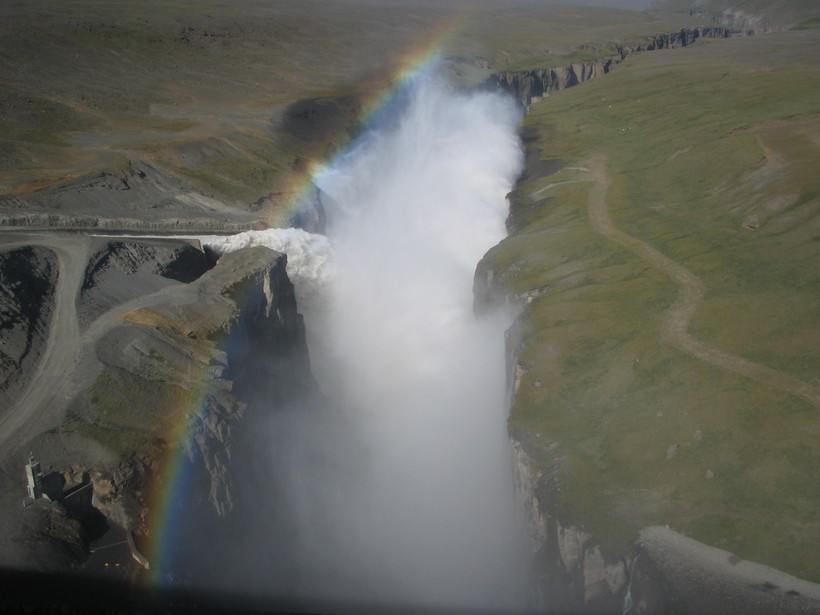 The Hálslón reservoir in East Iceland has reached overflow point – and the excess water has regenerated a ‘man-made’ waterfall named Hverfandi.

The reservoir is a storage reservoir on the Jökulsá river in East Iceland. It stores water to be used by the Kárahnjúkar power plant to generate hydroelectricity.

When the reservoir reaches overflow point, an on-off ‘man-made’ waterfall – named Hverfandi (meaning ‘disappearing’) – forms at the western end of the Kára­hnjúka­stífla dam.

Hverfandi is a very powerful waterfall measuring 90-100 m, with the potential to exceed the famous Dettifoss waterfall in terms of volume.

An unseasonably warm month of September has caused increased glacier melting, bring extra volumes of water into the reservoir. 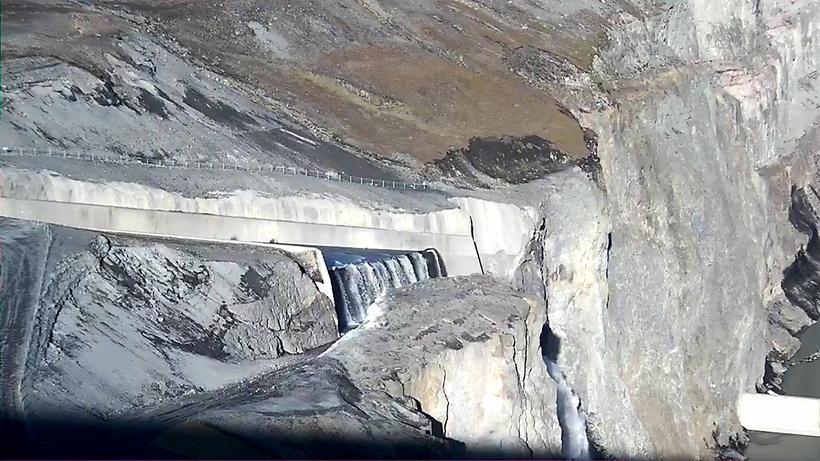